Unicaja continues its climb at the expense of Bilbao Basket 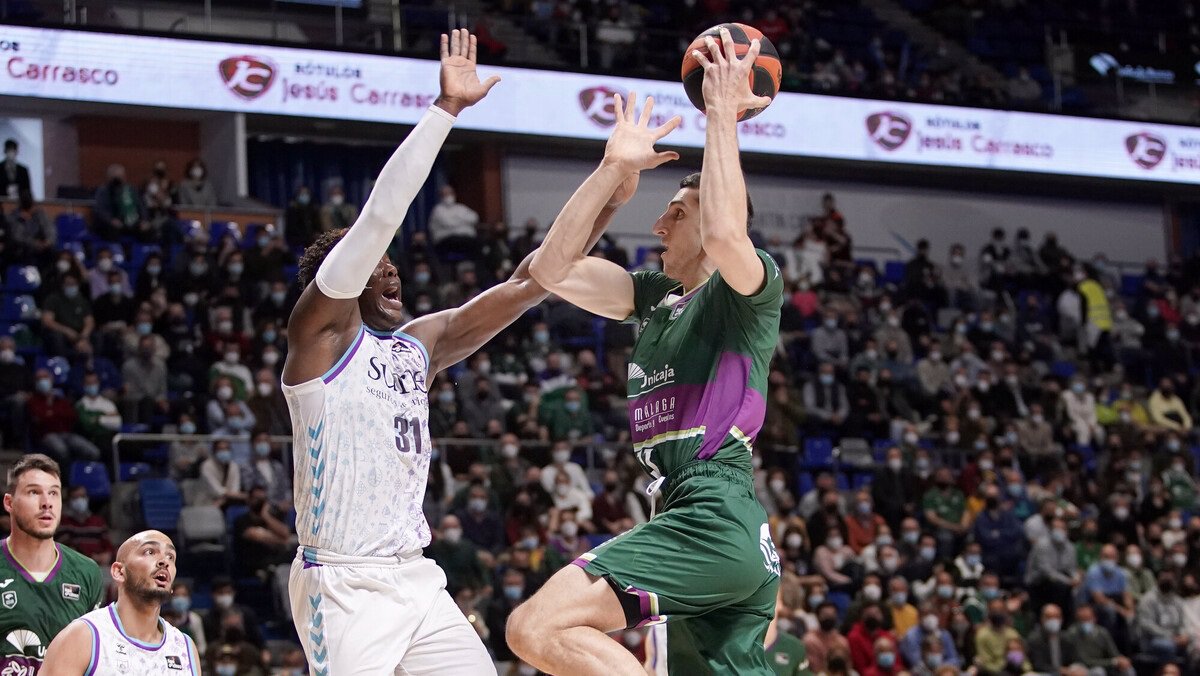 Unicaja de Málaga won (91-75) this Wednesday against Surne Bilbao Basket in the pending duel on matchday 20 of the Endesa League, a win that is worth keeping faith with and the comeback towards a ‘playoffs’ zone still complicated but two wins.

The team from Malaga signed their third victory in a row with a great second half and equaled in the table in 11 wins a Basque team that has the reverse streak. Ángel Delgado, with 13 points in the first quarter, gave the Basques command from the start and until the break.

Darío Brizuela, already supported in the difficult start, pulled the Malaga car in the second half and Unicaja turned the game around. The last quarter was even more forceful for the locals (31-16), who sealed the victory with authority at the Martín Carpena.

Ibon Navarro’s men flew in the second half to comfortably complete the comeback, finding regularity in time to fight for the season. In addition to Brizuela (16 points), Dejan Kravic (12 points and 10 rebounds) was also decisive.