Blisters, slackness, and the various aches and pains that come with being a young tennis player 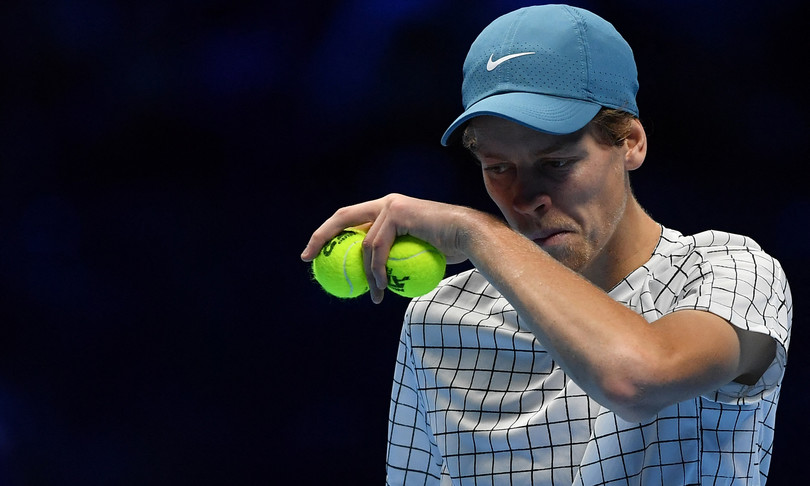 These are the elements of the lined-up black parenthesis of Italic white motions. Matteo Berrettini is injured in his abdomen muscles again after a fantastic semi-final performance in Melbourne, or maybe it’s simply a resentment, who knows. After all, the body retains the memory of pain. He closes the story with Tomljanovic, who is seen having dinner with Anisimova and Bouchard in Miami; someone speculates that one of the two is his new flame, but Anisimova denies it and Bouchard remains silent.

The second exhibit. In Indian Wells, Jannik Sinner withdraws for an undisclosed ailment. Influence? Maybe. In Miami, he plays entertaining games against Carreno Busta and Kyrgios before retiring after 20 minutes against Cerundolo. He makes no attempt to acknowledge the audience, not even a gesture, and then grabs the bag and exits amid whistling. Is he enraged? Do you have a headache? He eventually admits that the issue is blisters on his feet, one of which has ruptured and rendered him immobile. In Vienna in 2020, he was already victorious against Rublev.

Chung, the winner of the first edition of Next Gen in Milan in 2017, has vanished from view due to (again) a similar issue. Nadal has been in pain for a long time, but he is Nadal, and withdrawing for a hurt foot is not on his mind. Is there a problem without a solution? Maybe.

A surprising turn of events.

Jannik Sinner had to retire owing to blisters on his feet. When Sinner called the match after 23 minutes, @FranCerundolo was winning 4-1 in the first set.

Exhibit number three: Lorenzo Sonego no longer wins games, and two poor outings (two losses) in Davis appear to have taken away his conviction, despite the adrenaline boost from team play.

Exhibit four: the best result of the season for Lorenzo Musetti (who lost to Popyrin in Florida) was the victory over Gombos against Slovakia, the match that allowed Italy to win the pass for the Davis Cup round of September owing to a broken cap.

Of course, we comfort ourselves with Bolelli and Fognini’s double comebacks, as well as Flavio Cobollithe’s first Challenger victory, which he shared with Luca Nardi as the representation of the 3.0 generation of Italian tennis.

However, on the eve of the clay season, three issues for Italian tennis are in the spotlight: widespread discomfort that clinicians used to refer to as “growing,” a big dose of poor luck, and, ultimately, a communication gap.

If Sonego and Musetti’s issues are mostly technical and competitive in character, Matteo Berrettini’s situation is rather different. He’s always had a favorable image that can elicit empathy; but, that image is shifting in light of his new status as a star, both on and off the field.

Confidentiality in personal concerns is unquestionable, but when you’re a “star,” let alone a victim of chronic injuries, it’s important refraining from exuding an exaggerated sense of secrecy. For instance, the one that came with the out-of-the-blue hand injury. Otherwise, the image tarnishes, and the world (especially the social one) takes very little notice, and one suspects that the center of attention (Matteo) is not only unfortunate, but he has also matured mentally.

Sinner, on the other hand, was clearly dissatisfied and enraged as he walked off the field in Miami. However, as past super champions have taught him, a public display of discontent (especially on television) would have been enough to make that premature exit from the field interesting.

Instead, the same coldness that allowed him to avoid giving in to Kyrgios’ fantasies by winning a magnificent match against the Australian has given Jannik the wrong image: that of someone with a problem who is excessively self-centered and doesn’t care who is following him.

Sure, there are growing pains. Which is all part of the fun. However, when you reach the peak of the sport, you must share your suffering with caution. If you don’t, your satisfaction will suffer. And, especially in tennis, that’s never a good thing.

The Patients’ Association is demanding the resignation of Ante Ćorušić, head of the University Hospital Center Zagreb