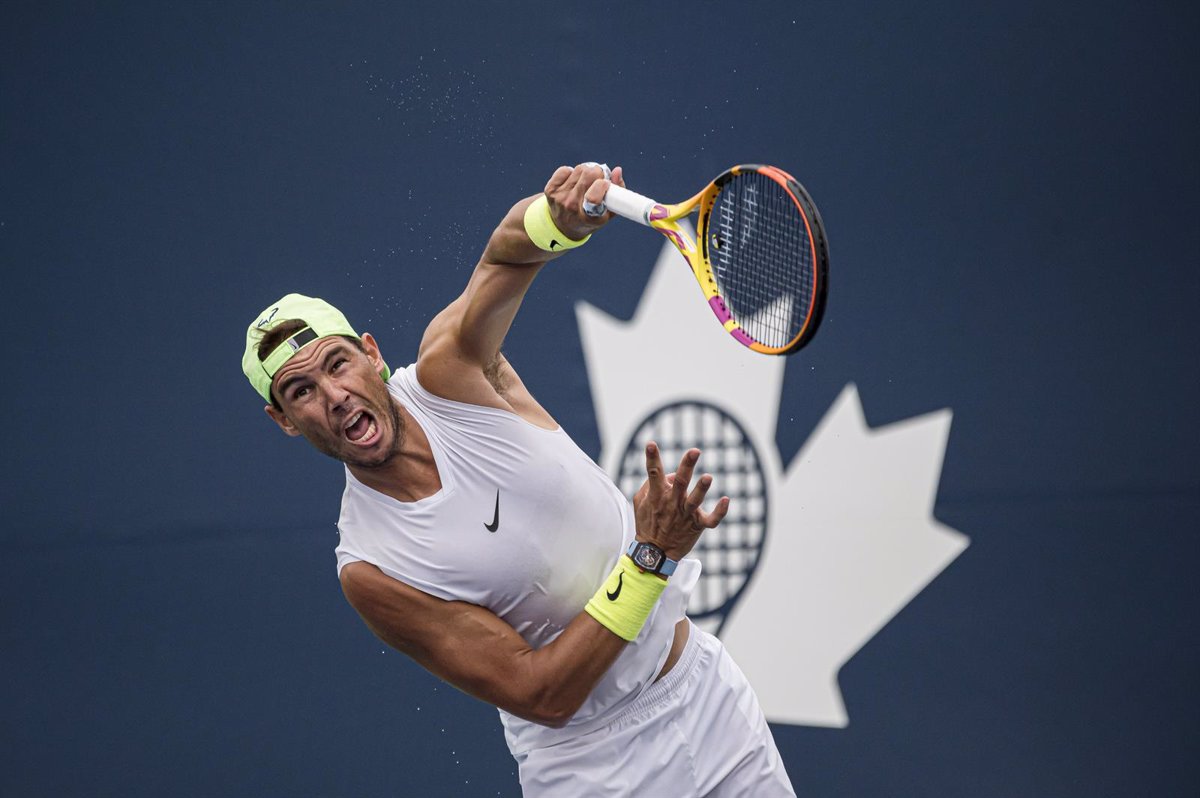 The Spanish tennis player Rafa Nadal will not play the Cincinnati tournament, sixth Masters 1,000 of the season, after announcing his withdrawal last night in Toronto (Canada), due to the discomfort he continues to have in his left foot since he was eliminated at Roland Garros and they don’t let you “enjoy” tennis.

This was announced by the Cincinnati tournament, which will not enjoy the world number one, Novak Djokovic, who confirmed his absence on Tuesday. “Rafael Nadal (foot) and Milos Raonic (heel) have withdrawn from the Western & Southern Open,” says the organization, which recalls that the Spanish was champion of this event in 2013 and Raonic, runner-up in 2020.

In this way, Daniil Medvedev, who won in Cincinnati in 2019, the last edition celebrated by the coronavirus pandemic, will be the great men’s favorite of the American tournament, given the second step he occupies in the general ATP ranking.

Nadal already explained on Tuesday his foot injury that prevents him from continuing on the tracks for the moment. “As people know, I have had this problem for a couple of months. Of course, it is not a happy situation after all the success I had here in Canada and not being able to play this year after missing the last edition. It is difficult, but that’s the way it is, “he commented when announcing his news at a press conference.

The Spaniard admitted that he needs to “try to find a way to improve again.” “At the end of the day, for me the most important thing is to enjoy playing tennis and today, with this pain, I can’t enjoy it, and I really don’t think I have the opportunity to fight for the things that I really need to fight for,” he stressed. .

Last week, Nadal returned to the courts in the Washington tournament after being eliminated in the semifinals of Roland Garros against Serbian Novak Djokovic, where he already had to be treated on his left foot, and after having had to give up playing in Wimbledon and the Tokyo Olympics.

The winner of 20 ‘Grand Slams’ acknowledged before playing in the American capital that after that defeat he had been standing for 20 days without being able to pick up a racket due to some discomfort that did not remit and that already affected him last week, where he could not go beyond his second game. The objective now will be to be physically well for the US Open, the fourth ‘Grand Slam’ of the season that begins on August 30.