“I would have loved to be at the Camp Nou, but leaving Barça was the best decision” 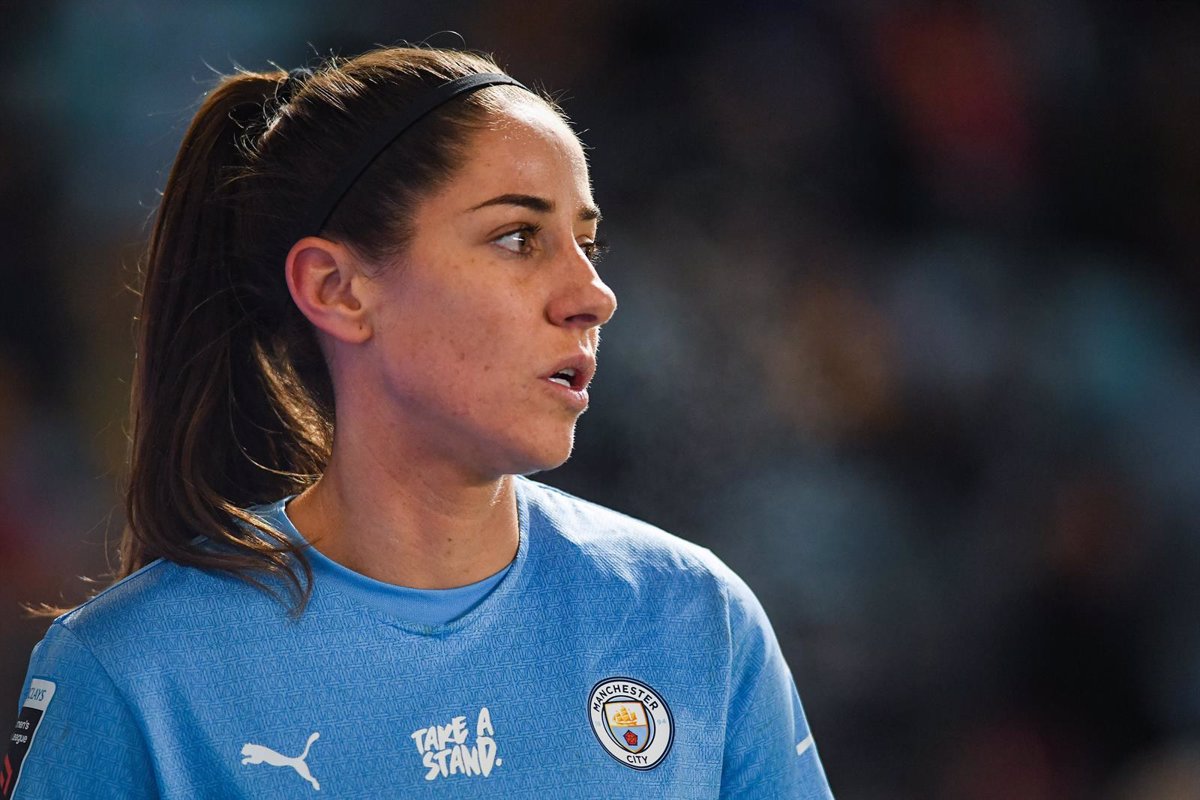 “Barça is the mirror that every team looks at as an example; it is an extraordinary and dreamy generation”

“Going back to Barça is practically impossible, although I would love to play my last game in those colours”

The Spanish player of Manchester City Vicky Losada showed her joy for the “great moment” that women’s football is experiencing after the historic match between FC Barcelona and Real Madrid at the Camp Nou, with record attendance, which for the former captain of the group culé was “a joy” for his teammates, although he would have “loved” being in the stands or, “even more so”, on the pitch.

“I am very happy to see the girls happy. It is true that I would have loved to have been in the stands watching it or, even more so, on the pitch. But the decision to leave Barça was undoubtedly the best. There are going to be more situations and hopefully next time I can go see it,” Losada acknowledged in an interview with Europa Press after publishing his biography ‘Capitana’.

The Manchester City footballer left Barça after winning the long-awaited Women’s Champions League as a Blaugrana and lifting the trophy as captain, a “right” decision despite leaving her “home” behind. “My return to Barça is practically impossible. If you let me dream, I would love to play the last game of my life with those colors, but it is something unfeasible”, she was honest.

“Barça is the mirror that every team looks to as an example. It has been working very well and a hard-working, extraordinary and very dreamy generation has come together”, admitted the Catalan about her former team, who highlighted the evolution and ambition of the players with results that “do not appear overnight”.

At 30 years old and wearing the number 17 on her back with the ‘citizen’, Losada highlighted the impact of Spanish women’s football in recent months thanks to Alexia Putellas’ Ballon d’Or, who became the first Spanish footballer to win this prestigious award, or the ‘Champions’ quarter-final tie between Real Madrid and FC Barcelona. Even so, this media growth has not been in tune with the professionalization of the players.

“Professionalization is part of some teams, currently all the clubs in the Iberdrola League do not have the necessary conditions to consider it a professional field. I am hopeful that the situation will change and I am very positive about the new professional league agreement”, expressed the soccer player, who hopes that “once and for all”, from the first to the last team in the league, and with the support of Reto Iberdrola (Second Division), they can be “true professionals”.

With the approval of the statutes of the future professional league, which is expected to start next season, and the Collective Bargaining Agreement for women’s football, Losada explained the importance of “a good financial investment” for the business model to work. “Investment is required for advertising, ‘sponsors’ and training in everything necessary to create a solid structure that maintains women’s football,” he reiterated.

Trained at La Masía, Vicky Losada is the third Barça player with the most official matches played (376). A career that she began to forge at FC Barcelona when she was 15 years old and that she followed in her footsteps with other teams such as Espanyol, Arsenal, the American Western New York Flash and now Manchester City.

“In my second season I signed for Espanyol after Barça’s relegation. There was a lot of difference in level and there was not so much tension due to the rivalry. In any case, it was very rare, because I had already been at FC Barcelona for three seasons,” explained the midfielder about his brief stint through the parakeet ranks. Later he would return to the culé team and his next adventure away from Can Barça would be in the United States.

In 2014, she was the fourth Spaniard to play in the North American professional league. “It was a new and tough stage because I was very young and had hardly left Terrassa. I left everything to be a professional and when I got there I realized that a woman can live from a sport and dedicate 24 hours a day to it “, he recalled about his season.

“I was amazed at everything related to the brands, that the girls had boots or ‘sponsors’ to earn a living. Or the way the players act in front of the public. I was very embarrassed because I was not used to that and I had to get used to it little by little. The public also expects this, that there is a bit of a response from the players,” she added.

In the following campaign he ended up at Arsenal, before returning again to FC Barcelona. “On a sporting level, the English league is more physical and competitive. For twenty years they have been the pioneers in terms of visibility and professionalism. In Spain they continue to take steps forward,” admitted Losada.

Now, after becoming the first Spanish soccer player to score a goal in a World Cup and having lived her “best years” at the Barça entity, Losada returned to the United Kingdom, this time to Manchester City, with the pending goal of winning the league domestic. “It has been a very difficult year that does not reflect what is inside. I would like to take the title of regularity because it is a prize that is very difficult to achieve,” she concluded.