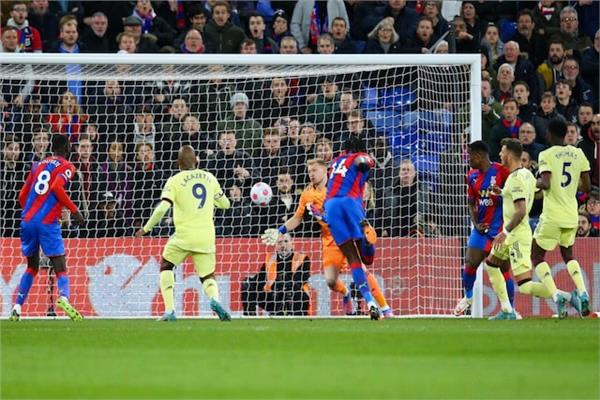 Arsenal suffered a big loss from its guest Crystal Palace, by three goals, in the match that was held at Selhurst Park, as part of the 31st round of the English Premier League.

The goals for Crystal Palace’s victory were scored by “John Philip Mateta, Jordan Ayew, and Wilfried Zaha” in the 16’24’74 minutes.

The Arsenal squad witnessed the emergence of Cedric Suarez and Nuno Tavares, while Mohamed Elneny sat on the bench.

Arsenal entered the match with the following formation:

The Gunners wanted to collect the three points in order to chase Chelsea for third place in the table, and the Blues had a big loss against Brentford 4-1 to stop their score at 59 points.