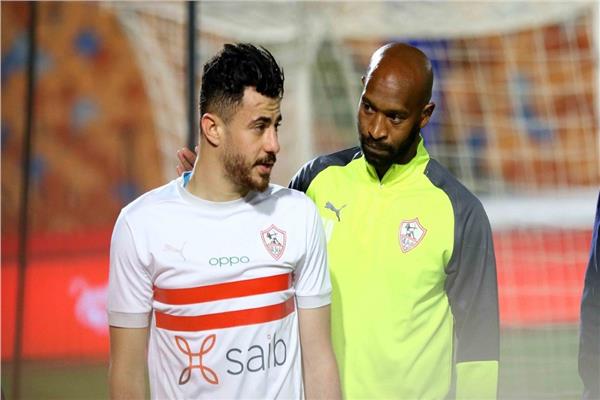 Mahmoud Hamdi Al-Wansh, defender of the first football team in Zamalek Club, decided to postpone the knee cartilage surgery, which he has been suffering from for some time, after the technical staff, led by Ferreira, the technical director, intervened.

The player complained of knee cartilage pain after the first leg match with the national team against Senegal in the World Cup qualifiers.

And the player has previously postponed performing cartilage surgery more than once due to the team’s commitments, and relies on painkillers and rehabilitation exercises under the supervision of Dr. Mohamed Osama, the team’s doctor, to help him overcome knee pain.

Today, Tuesday, the first football team in Zamalek club will be organized in a closed camp, in preparation for facing its counterpart Pyramids in the match scheduled for tomorrow, Wednesday, at the Air Defense Stadium, and postponed from the eleventh round of the Premier League competition.
The team will conclude its training this afternoon, after which the technical staff, led by Portuguese Josevaldo Ferreira, will announce the list that will play the match.