Alcaraz is much more than “the new Nadal” 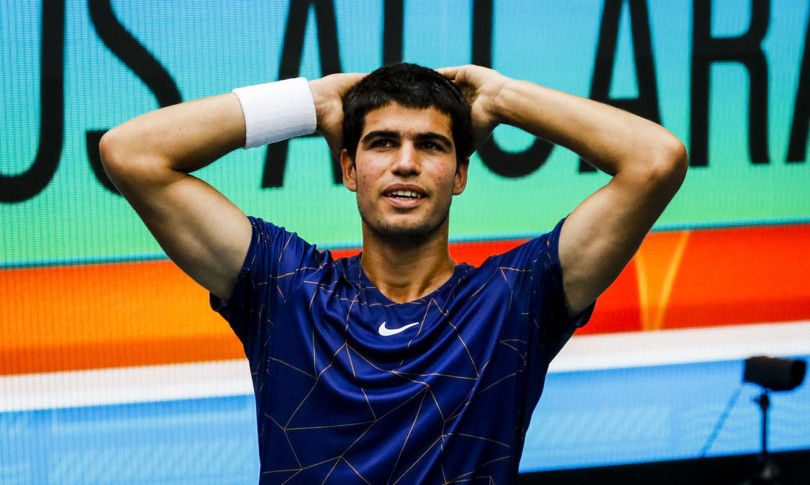 What does it have in common with Nadal? The Spanish passport and the cheering for Real Madrid, a club that promptly sent him a message when Carlos reached the quarters in New York last year: we are proud of you. But otherwise Alcaraz, fresh winner of the Miami tournament, his first Master 1000 and new eleventh player on the planet it’s something else than Rafa.

Spain aside, the two are certainly united by a rare ability to manage the emotions of tennis in the best way, without ever exaggerating in the enthusiasm for the present and the future and quickly working out the defeats. But Carlos, 19 years old in May, 3.8 million dollars already in his bank account and ready “to win a Grand Slam this year”, as he declared after his victory in Miami on the pitch is a different player than Rafa, especially if He is compared to Nadal who at 18 ended the season at No. 2 in the ATP ranking with only Roger Federer in front. Let’s see why.

Juan Carlos Ferrero, the coach who started following him as a child, says: “Carlos is at his best when he’s aggressive. I ask him to be constantly, must never assume a passive position. At sixteen, when he was training with already trained players, he was adapting in a flash to the level of who he was up against. In that case I understood that the next step would have been to hoist myself above that level “.

One of the most spectacular points of the #MiamiOpenat least so far, it is by Carlos Alcaraz pic.twitter.com/6xhWddb0Sv

Rafa for a good half of his extraordinary career prevented opponents from being aggressive. He brought them to the edge of madness by sending balls bouncing up high back to their court like never before in the history of tennis.

He opposed to the creativity of others, when there was, a superior athletic condition, the competitive spirit of an extraterrestrial, and the tactical intelligence of an adult man. But strategic aggression was built around the age of thirty, when body and brain gave him a clear message: to stay on top you have to evolve.

Because fatigue leaves more than one mark even when the marks are not seen, and the stress crack in the ribs has just shown it. The social terrain is also different: one (Rafa) of middle-class birth with father entrepreneur, the other of a family with much more limited economic means.

Alcaraz who lives as a self-recluse in Villena in Juan Carlos Ferrero’s Equelite academy-monastery, where he trains six hours a day, lives in a spartan wooden bungalow and plays chess to relax and train his mind. He was born in Murcia and is the son of Carlos senior, who has adapted to the role of director of a tennis school after leaving his professional career due to lack of financial means. His grandfather, Carlos too, at 88 years old is one of the oldest members of the El Palmar de Campo club.

Carlos third, who started playing at the age of four, will give the Alcaraz family the successes they have been waiting for for thirty years. And on all surfaces: he only started training on hard ones for a year. And he has noticed, in the course of these months, that on these surfaces his explosive shots and his innate predisposition to play close to the net yielded a lot of points. The Spanish-clay union with him is definitely over.

In Italy the same parable was accomplished thanks to Berrettini and Sinner: two players who have nothing of the old landlord in their DNA. Nadal was born a man of the earth and only later did he start to love (or at least accept) synthetics and grass.

It is at least very likely that Alcaraz will build his ascent to the seat of the world’s first player right on the fast track (where over 70 percent of the circus tournaments are played). To excel on the grass (especially on that of the first week of the Championships) Carlos will probably have to wait longer.

The season on clay has started in these hours from Marrakech and Houston and will take off starting from Sunday with Monte Carlo. It is easy to predict that at Roland Garros (Majorcan’s rib fractures permitting) a sort of handover could take place between the two Spanish caudilli.

The new man that fate has placed in the hands of Ferrero and of Spanish tennis has an open road ahead of him. A path towards leadership destined, net of unpredictable events, to last over time. And without the prospect of a Federer capable of opposing him in style and results.