Claudia Pina: “It would be a luxury to beat another record against Brazil” 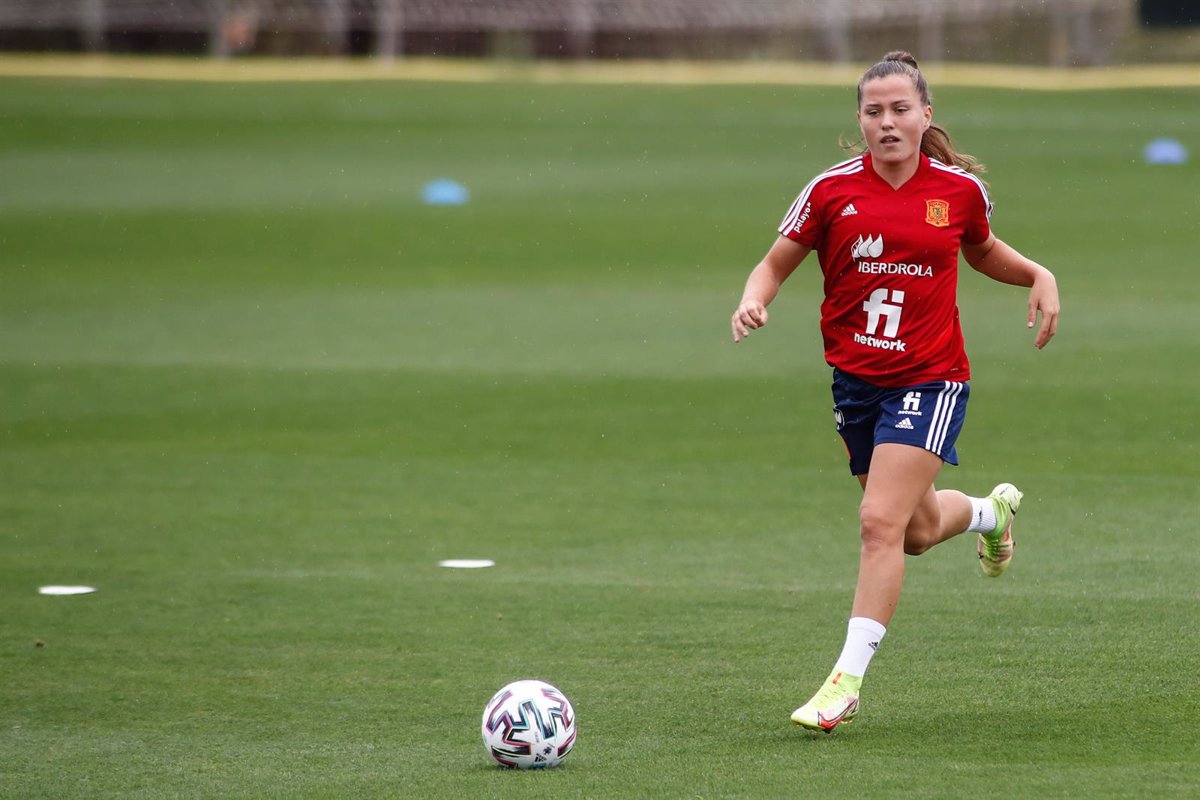 Zornoza: “We are putting on a show and we hope that Rico Pérez will fill up”

The Spanish soccer player Claudia Pina confessed that “it would be a luxury” to break another attendance record at the José Rico Pérez in Alicante against Brazil on April 7, and thus exceed the 10,444 spectators who gathered in the stands of Riazor in a match against Azerbaijan on October 4, 2019.

“Lately women’s football is going up, we’ve been showing it in recent weeks. It would be a luxury to break another record against Brazil, let’s hope it fills up, we need the fans, they always give you a plus,” Pina asked at the press conference prior to the match against ‘Canarinha’ this Thursday, the first of the two friendlies they will play, since five days later they will face Scotland in Glasgow.

The FC Barcelona footballer, present at the historic Champions League match against Real Madrid with more than 91,000 people in the stands of the Camp Nou, celebrated being in the squad for the national team. “Being here is the best thing that can happen to a footballer, it is a privilege. There is less and less time left for the European Championship, we all want to go and we are in a good moment”, she assured.

ZORNOZA: “I WILL NOT MISS THIS OPPORTUNITY”

A few words that the player Claudia Zornoza also shares. “We’re very happy to be here, it’s a unique opportunity. I’ve been working for a long time and it’s a reward. I’m happy at Real Madrid, I’m not going to miss out on this opportunity,” said the Real Madrid midfielder, who is making her first call after leaving the previous concentration by COVID-19.

“The past is past, the opportunity has come to me again, I will give my best. For me it would be a dream to be able to be in the European Championship and I will fight for it,” he added.

Zornoza, who stressed that the atmosphere inside the locker room is “fantastic”, also encouraged fans to go to the José Rico Pérez. “We like women’s football, we hope that Thursday will be the same, with as many fans as possible. We hope that as many people as possible come to the game, it will be a unique setting against a great rival like Brazil. We are putting on a great show and we hope that it can be fill,” he wished.