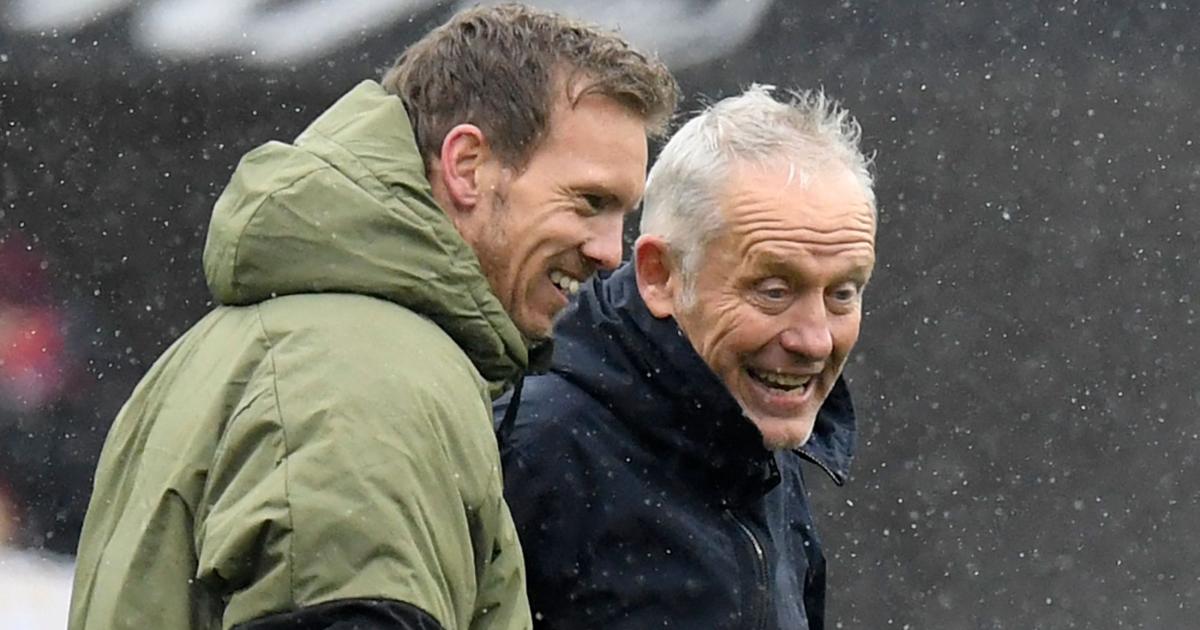 Bayern coach Julian Nagelsmann has criticized SC Freiburg for appealing after Munich made a mistake in the 4-1 victory in the German Bundesliga. “From a personal point of view, I can’t understand why Freiburg is doing this because they wouldn’t have scored two goals in the 18 seconds, or maybe one,” said Nagelsmann on Tuesday in the press conference before the Champions League game at Villarreal.

“I don’t know if you can pat yourself on the back if you should play internationally because of three points that you didn’t actually win in sporting terms,” ​​explained the 34-year-old. Of course, he was “not surprised” by the Freiburg approach. Bayern had twelve players on the field for a short time after a double substitution on Saturday when the score was 3-1, unnoticed by the referees. Nagelsmann is not as sure as Bayern boss Oliver Kahn that the Munich team will not be denied the win.