Kyrgios, Zverev & Co: freak out in tennis – tutoring for bullies 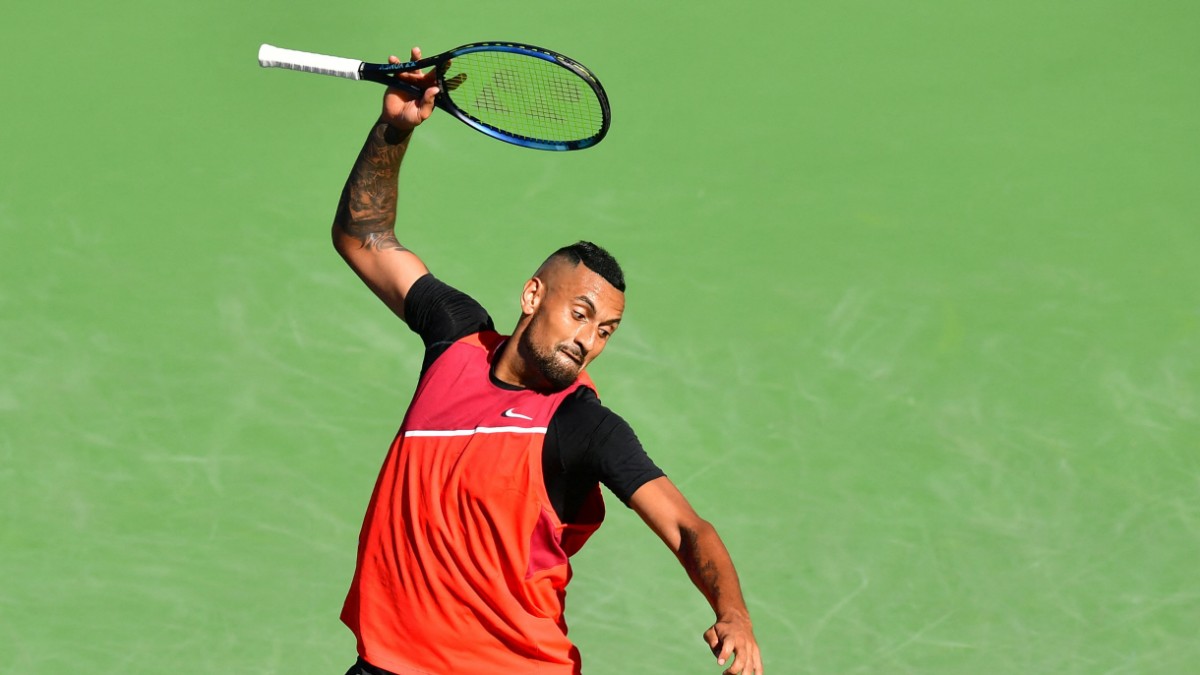 On Tuesday, a video sequence flooded the Twitter platform, containing a not entirely non-violent action by a tennis player. Young Frenchman Michael Kouame was seen congratulating his opponent Raphael Nii Ankrah of Ghana with a right hand, swinging his left hand and slapping the opponent in the ITF Juniors World Tour tournament like Will Smith did at the Oscars the puzzled Chris Rock. How this reaction came about in Accra remained unclear. It is clear that the scene would not have received so much attention if a problem on the ATP Tour had not gotten out of hand in the past few months.

At ever shorter intervals, various professionals of the highest rank are behaving badly, insulting the referee as stupid in front of millions of television viewers – like Daniil Medvedev, like Alexander Zverev attacked the referee’s chair, smashed rackets like Nick Kyrgios, whose frustration tolerance tends towards zero. It’s rarely funny, but it’s often dangerous for ball kids, for example when bats come flying. It was striking every time how difficult it was for the ATP to impose penalties. That should change now.

The player organization wants to recategorize offenses in order to be able to make faster, more comprehensible and, above all, stricter judgments if someone freaks out again. An unfortunately necessary step that ATP Chairman Andrea Gaudenzi, who has already communicated the innovations to all players, would certainly have liked to have done without.

Fines hardly deter some – Kyrgios has already had to pay more than 320,000 dollars

Tennis has always lived on guys like this, John McEnroe has not only become a cult because his volleyball game was so awesome. His outbursts offered entertainment value. Compared to some of the misbehavior of today’s professionals, Big Mac looks like a good boy in retrospect. Recently, it was obvious that high fines, which no longer seem so sensitive in relation to some income, are not a deterrent – see Kyrgios, who had to fork out more than $ 320,000 in his career with assets of around $ 15 million.

In addition: Two or three rounds in a Grand Slam quickly compensate for the loss. The ATP probably didn’t help to let Zverev get away without a suspension in Acapulco either; because that’s how a border shifted again, everyone could see: You won’t be banished that quickly. Gaudenzi exposed himself to the reputation of leaving officials and referees alone and protecting his top boys too generously, which he also needs for the marketing of the tour. The fact that the women on the WTA Tour behave almost uniformly in an exemplary manner put the ATP Tour in a corner even more.

Gaudenzi’s crackdown is therefore not only of educational value, it is also a measure to protect one’s own product. You are aware of your own role model function. Some professionals, at this point you have reached, need a little help in this regard, if necessary with the help of forced breaks. This reform is primarily the responsibility of those players with behavioral problems who have too often gone a step too far when walking the tightrope between acceptable and no longer acceptable emotions on the pitch.