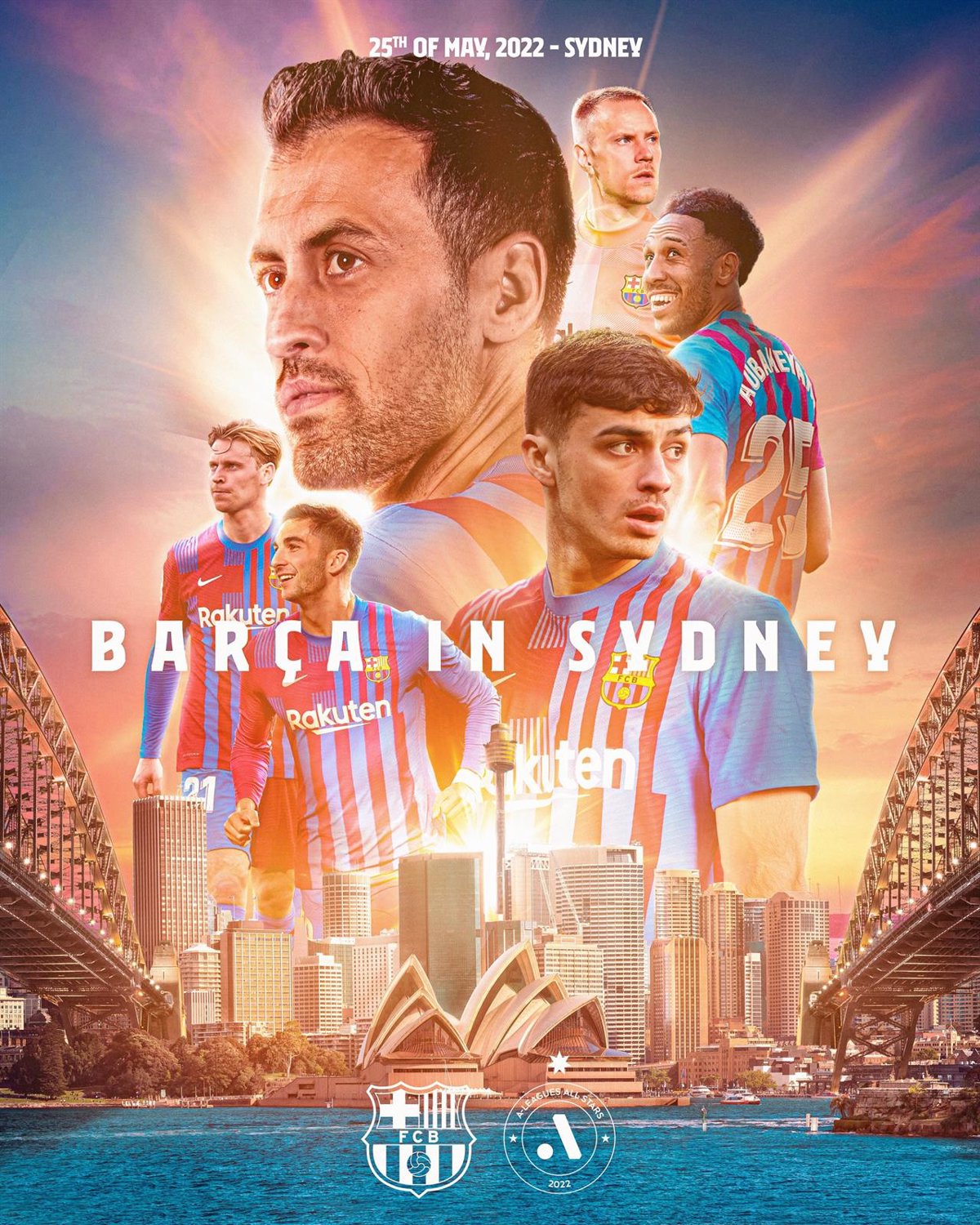 FC Barcelona will play a friendly match in Australia on May 25 against a selection of the best players from the A-League, its domestic competition, at the Accor Stadium in Sydney, with a capacity for 80,000 spectators, as reported by the entity on Wednesday azulgrana in a statement.

“It will be the first time that the first football team visits this country, where Barça generates great interest. Being able to play this match will give us the opportunity to bring the club and its values ​​closer to our fans”, explained Juli Guiu, Vice President of the FC Barcelona Marketing Area, who considers this friendly “an opportunity” for new audiences to get to know the entity and “everything it represents”.

The confrontation will take place once the season ends in LaLiga Santander. In the case of the Australian team, the friendly is part of a designated week, since it will play the A-League final three days later.

The match also coincides with several important events in the Australian city, such as the start of Vivid Sydney, one of the most important music and culture festivals that is held every year in this Australian city.

“The match will generate significant international interest and put Australian rules football back in the spotlight. It is an incredible opportunity to showcase both our domestic professional leagues as well as our beautiful Harbor City to the world,” said Stuart Ayres, Minister for Enterprise. , Investment, Trade and Tourism and Sports of Western Sydney.

“Hosting this great name in sport will highlight the city’s world-class attractions and events calendar for football fans from around the world, boosting the economy of visitors to New South Wales on their way to recovery,” he added.

The match will be “a football party” for fans, according to Australian Professional League CEO Danny Townsend, highlighting its domestic leagues, which “are once again the destination for international teams” as they come out of its third season affected by the coronavirus.