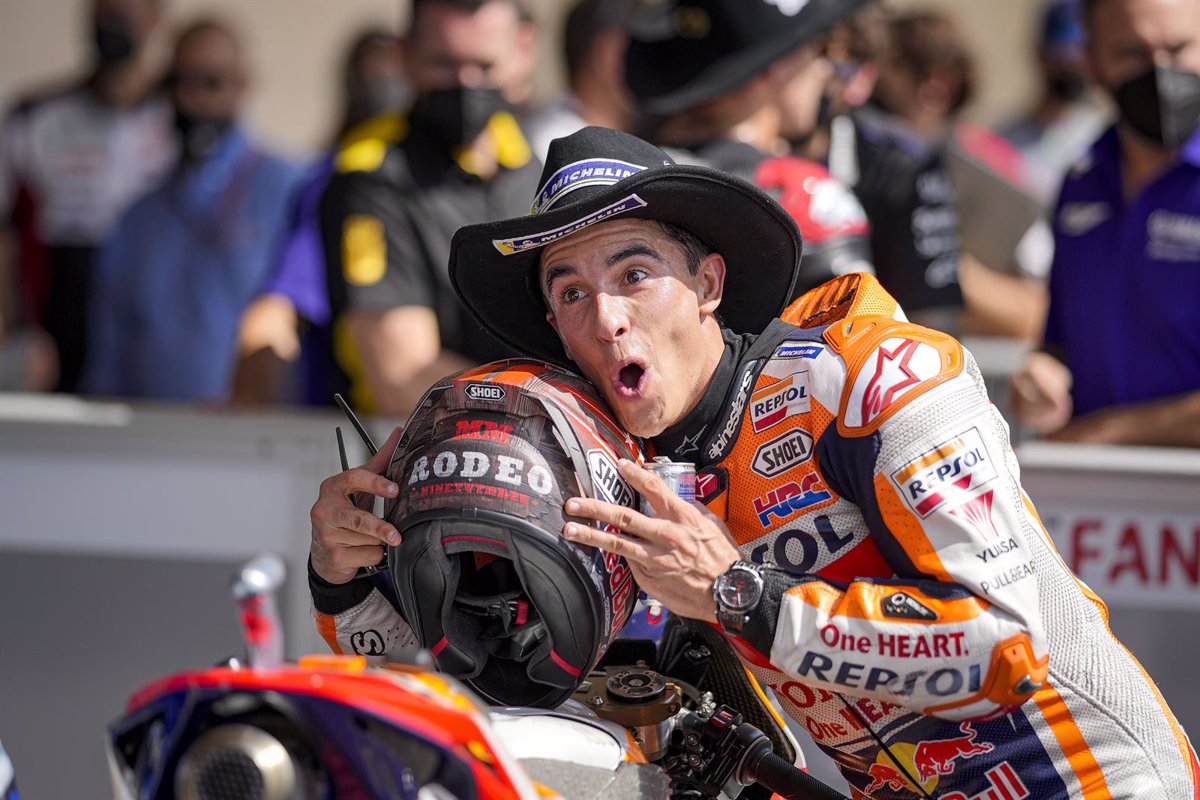 After receiving the go-ahead from physicians and leaving behind a new episode of diplopia, Spanish rider Marc Márquez (Repsol Honda) will be able to race this weekend at the Austin circuit (United States), site of the Grand Prix of the Americas, the fourth round of the Motorcycle World Championship.

Cervera’s team said on Wednesday that he “had got a medical discharge to return to competition” after recovering from double vision he sustained following a major fall in the Indonesian Grand Prix’s ‘warm up.’

Due to the blow he took, which caused him to lose his vision again, the eight-time world champion was unable to compete on the Mandalika circuit, and he was also unable to compete in the Argentine Grand Prix at Termas de Ro Hondo last week.

He will be able to travel to the United States to contest an appointment that he has won in seven of his eight visits, only failing in 2019 when it hit the ground, after following “the planned treatment” and confirming his sensations and vision by training with a Honda CBR600RR at the Alcarrás circuit (Lleida).

“I’m overjoyed to be back; it’s a fantastic feeling, especially because it’s on one of my favorite circuits. Regardless of the circumstances, I adore driving in Texas and have many wonderful memories there “, the Catalan driver exclaimed.

In any event, Márquez stated that they had “work to do” after losing “two races and the entire weekend in Argentina,” and that he will not “set a target at this time.” “There are a lot of things to think about and accomplish,” he said, “but the most important thing is that we get back on the bike this weekend.”