The bankruptcy of Catania football with immediate effect 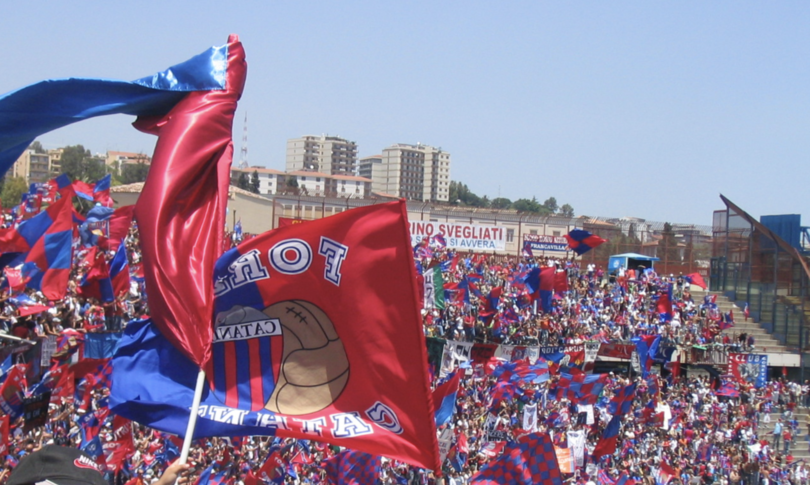 The future of Catania football ends three days before the conclusion of the Lega Pro championship. The bankruptcy judge of the court of Catania with a dry three-line statement made it known that the provisional exercise of the rossazzurro club has been terminated. In fact the etnais will never return to the field and the match against Latina will not be played tomorrow.

The court, after having asked the FIGC and the Lega Pro for financial help and collected the flat no from the federal sports bodies, today decided the corporate end of Catania football freshman 11,700. Yesterday, the Lazio entrepreneur Benedetto Mancini, who had participated in the bankruptcy auction base to take over the business branch linked to the sporting part of the rossazzurro club, left the scene. Forfeiture due to “non-fulfillment of full payment of the consideration”.

Calcio Catania is a glorious club, born in the year of Inter and repeatedly ‘reborn’ from its ashes, capable in its best years of beating the Northern squads as in the 1961 match that went down in history for the sensational “Cibali” “by Sandro Ciotti. It was 1908 when the Sports Association for Physical Education of Catania took part in the first amateur tournaments with its football section.

It was only in the 1920s that it began competing in the official championships and in the 1940s it was re-founded as a Catania Sports Society, which incorporated various amateur realities. Then came the dissolution for the Second World War.

The new Calcio Catania was then officially founded in 1949 and restarted from Serie C. In just three years it reached Serie B. After a few fleeting appearances in the top flight, between 1960 and 1966 the Elephant club was permanently in Serie A and in 1961 the victory over Inter came (it cost the Nerazzurri the Scudetto) immortalized on the radio with the “Clamoroso al Cibali”.

Soon the era of the ‘Presidentissimo’ began, Angelo Massimino, the longest-serving patron of the club to whom the team’s stadium is still dedicated. Massimino was president of Calcio Catania in three different periods: from 1969 to 1973, from 1974 to 1987 and from 1992 to 1996, the year of his death. Even if in that period the club sailed more in B than in A, the fans remain very attached to him.

In the 90’s came the relegation up to the Excellence series for financial defaults but after the three promotions in three years that brought the club back to C1, in 1996 Massimino died in a car accident and the company passed to the Gaucci brothers.

In 2006, under the new president Antonio Pulvirenti, Catania returned to A. In the first season they saved themselves on the last day but in the following one they saved themselves easily and reached the semi-final of the Italian Cup. In 2008-2009 comes the record of points obtained in Serie A with Walter Zenga and then, under Sinisa Mihajlovic the following year, he will close at 45 points by beating Juventus in Turin and Inter in the Triplete for 3-1.

Other prestigious coaches follow one another on the Etna bench, from Diego Simeone to Vincenzo Montella up to Rolando Maran who asks for eighth place with the new record of 56 points, also thanks to the magic of Ciccio Lodi and Giuseppe Mascara and above all of the thick Argentine colony ( Spolli, Izco, Barrientos, Bergessio and Gomez).

The second decade of the 2000s marks an inexorable decline: after only one season in Serie B, in 2014-2015, Catania found themselves in C for several seasons, before falling into Lega Pro. In the 2019-2020 season, financial problems emerge for the Pulvirenti property, whose holding Finaria is declared failed.

A consortium of entrepreneurs, known as SIGI, buys the club from the Court of Catania, but in December 2021 Calcio Catania SPA is declared bankrupt. In recent days, then, a court has ordered “the termination of the provisional exercise” which means the end of his Lega Pro championship and a bitter page for Sicilian and Italian football. The ranking will be rewritten as all its results will be canceled with significant repercussions on the ranking: Bari is in any case already promoted to B, but Catanzaro becomes fourth from second and after all Vibonese can manage to play the playout.