FC Bayern in front of Villarreal: Mia san a riddle 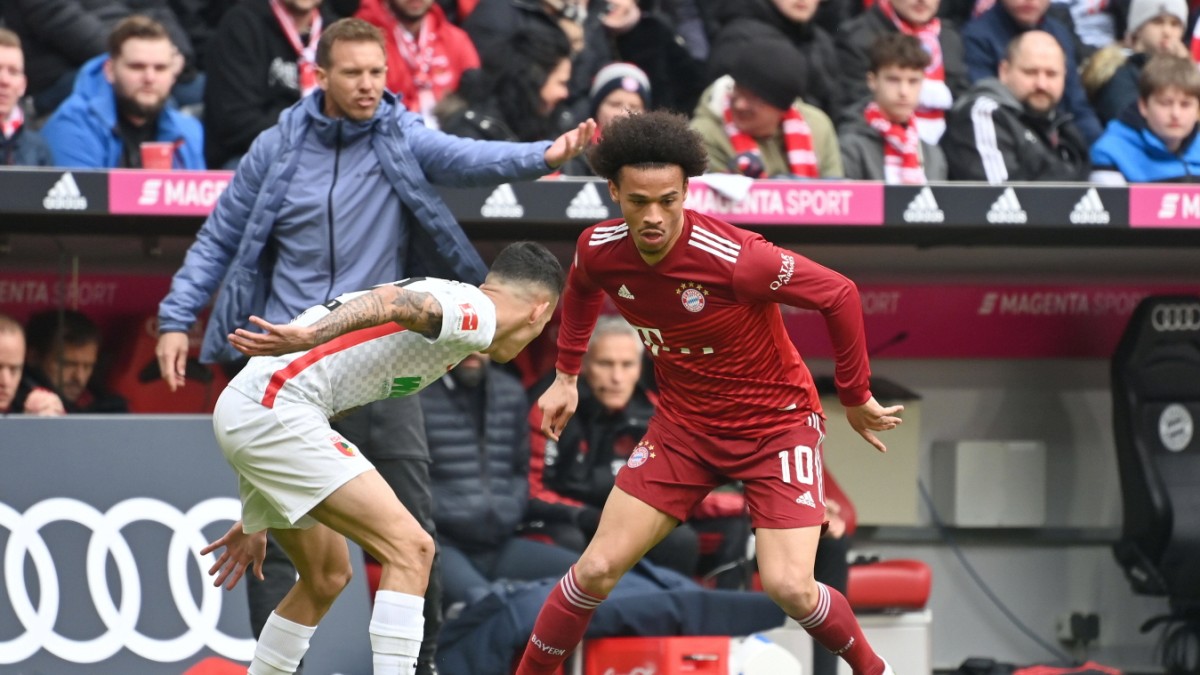 The Enforcer approached at a leisurely pace, and he didn’t look as if he would be stopped. Referee Patrick Ittrich was busy watching the video footage on the sidelines, he hadn’t made a decision yet, let alone convinced Augsburg’s raging coach Markus Weinzierl that his verdict was inevitable. But Robert Lewandowski casually strolled to the penalty spot. He knew what was coming, it had been his own header that Augsburg’s Reece Oxford had accidentally stopped with his hand while jumping. And now Lewandowski would score this late goal in the 82nd minute to make it 1-0 (0-0) – his 23rd goal against FC Augsburg – and thus secure a mandatory victory that FC Bayern could later claim that it was reasonably deserved – and with which the people of Munich had been very lucky.

Overall, FC Bayern had taken a leisurely pace in the first half, which looked less like a warm-up for the second leg against FC Villarreal than a collective rest for the decisive game on Tuesday (9 p.m.). Coach Julian Nagelsmann later pointed out that this was a phase of the season that was not about glamor but about winning games. “We won’t have to play a glamor game on Tuesday either,” he said, but simply score more goals than our opponents. And yet the impression remained that this league game, which his team had just won against an uncomfortable opponent thanks to an increase in intensity after the break and thanks to the hand penalty, might not only pose a few puzzles for Villarreal coach Unai Emery. But above all Nagelsmann himself.

Nagelsmann cannot explain why several players are in form crises

The tightrope walk between load control and warming up for the premier class was made more difficult on Saturday by the fact that Lucas Hernandez (bruised thigh) and Niklas Süle (slight fever) had signed out of the four-man defense before the game; both could be back by Tuesday though. Omar Richards defended on the left for almost an hour, then Nagelsmann felt compelled to bring more speed and quality into the game with Alphonso Davies, who had been rested until then. And in central defense, Tanguy Nianzou and Dayot Upamecano blacked out together, something that shouldn’t happen in the Champions League: After Nianzou’s back pass that was too short, Upamecano initially sprinted with Augsburg’s André Hahn, then suddenly stopped, but picked up speed again and clarified at the last second. So far, so familiar.

However, why in the current phase several of his players are in form crises or “not reaching the peak”, as Nagelsmann called it, he cannot easily explain. This mainly affects his wingers. Serge Gnabry had to make way for Jamal Musiala at the break, who put more momentum into Bayern’s game, and after just over an hour (and earlier than planned) Kingsley Coman also replaced Leroy Sané, who was particularly weak in the first half. Sané immediately pointed in the direction of the players’ tunnel, then shook hands with the coach rather unlovingly – and disappeared. “The Sabi and the King”, i.e. Coman and Marcel Sabitzer (57th), who came on for Goretzka, would have saved them in this strange dress rehearsal, Nagelsmann praised.

In the subsequent press conference, the coach then said a few interesting sentences about what to do next. Talking about the players was “too clumsy” for him, Nagelsmann found. You all know that you are “outstandingly good”, that’s why you played at Bayern. That sentence was funny, especially in relation to Sabitzer, one of the mysteries in the squad. Because he was always a leader in Leipzig, he is in the Austrian national team – only in Munich has he hardly managed to balance the heavy jersey even over the grass. Which is why his coach now took the opportunity to, well, talk the 28-year-old down a bit. Nagelsmann praised him, and at the same time, like a pass to Coman, used the “fine blade”. In short: “Outstanding.”

Attitude and emotionality: The trainer emphasizes these terms several times

So he may have put Sabitzer on course just in time, but not others. It’s about “putting every player in their most comfortable position,” Nagelsmann explained; it was also about “a certain simplicity of an idea” and the certainty that some mistakes might not even matter as long as the attitude of wanting to eradicate them is right. Until some time ago, Sané’s most comfortable position was thought to be in the half-left midfield, currently he plays on the right. Nagelsmann checked off his rather reluctant handshake, he simply assumed that his dribbler was “pissed off at himself”, then you also have to accept that he no longer wants to see anyone and be seen by anyone.

“I really like the Leroy Sané guy,” Nagelsmann explained, even if you can’t always interpret his charisma correctly. “Extremely easy-going, funny, full of life” he is, but “of course not one who sprints out of the cabin, first plows the lawn and says: Give me the ball, let’s get started.”

attitude and emotionality. Nagelsmann repeated these key words several times, also with regard to the second leg against Villarreal. Only then would tactics, technique, form on the day come. All of this was in marked contrast to the first half against Augsburg, which was tactically okay, but lacked pace and intensity. He is aware that there is still a lot to do until Tuesday.