The world is tense, that of tennis even more 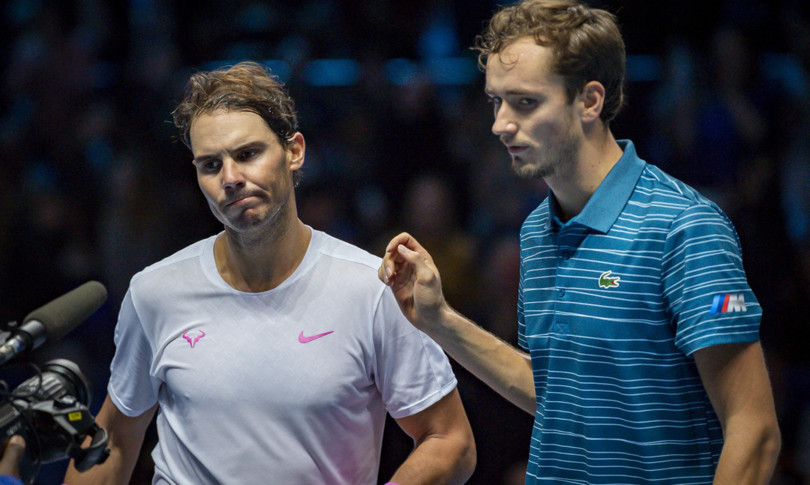 Houston, we have a problem. Even more than one in reality and not just in a sporting sense; but as far as tennis is concerned, the problem is there. And it’s simple: tennis is broken, like Harry in Woody Allen’s movie. In a physical sense but not only. And the symbolic character of this phase of prolonged rupture is Matteo Berrettini. Who has just announced that he will not take part in Monte Carlo, Madrid and Rome; and that, not even playing in Belgrade and Monaco, he will lose a total of 1140 points. A fact that will make him move back in the ATP ranking, presumably not a little. All this in the year in which Matteo became a global symbol not only of his main sponsor but also of tennis as a whole, as evidenced by the attention with which he followed his sentimental events.

The period is that of a passage from one era to another: Federer is stopped in the pits and perhaps will reappear on the pitch in his Laver Cup in September; Nadal split two ribs by himself (stress fracture) and will see him again in a few weeks who knows when. Medvedev underwent a hernia operation and who knows if we will see him again in Paris.

At the beginning of April, on the eve of the most “tiring” slice of the season (the one on earth), men’s tennis creaks. Then there are the nervous breakdowns of those who may have their bodies in place but their heads are much less: Zverev picking up the referee’s chair during a doubles in Acapulco, Kyrgios who, against Sinner in Miami, yells like a bar drunkard against the referee and then demolishes his bag with a racket (before the racket); Brooksby throwing his racket after crushing it and hitting a ball boy. The ATP has announced a regulatory crackdown on certain behaviors but the malaise remains and is widespread.

Then there is also the female malaise: those who retire in the midst of matches for no apparent reason (Azarenka), those who collapse due to a fleeting insult from a drunk spectator (Osaka), those who are furious because they notice that the Russian colleagues of the war they cheat and think only of the problems they encounter in managing their earnings remotely (Ukrainian Kostyuk). And there is that she retires at 26 from n. 1 in the world (Barty) simply because she can’t take it anymore.

And it is not that among the youngsters he pulls a better air: go and see the slap with which the fifteen-year-old Frenchman Kuame congratulated at the end of the match with the player who had beaten him, the Ghanaian Nil, causing an uproar worthy of a comedian of the Kingston cops; pity that in this case there was nothing to laugh about.

Of course, everything slips into the background when we witness the consecration of the new king (Alcaraz) and when two new and valuable names appear behind the best-known Azzurri such as those of Flavio Cobolli and Luca Nardi who instead leave an optimistic feeling about the future : in men’s tennis there won’t be another hole (we’ve experienced a lot in the past) after a winning generation.

But it is difficult not to grasp how the most individualistic of individual sports somehow incorporates the mood that characterizes the rest of the world. There is like an underground flow of tension that, like the raging slime in Ghostbusters’ New York, occasionally emerges on the tennis court and causes injuries, outbursts of withdrawals, abandonments. Let’s hope that Carlos Alcaraz’s smiling face and polite attitude are a sufficient antidote to this tension. Let’s hope.