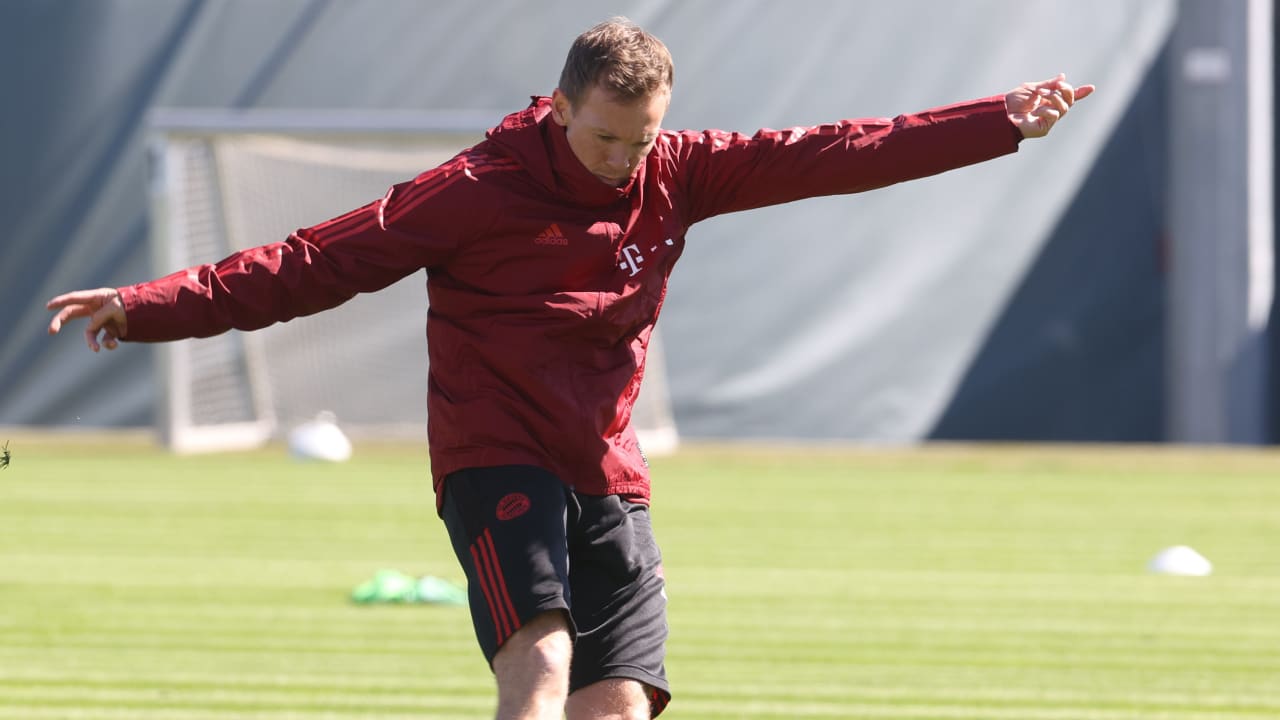 No crisis mood at FC Bayern – Julian Nagelsmann (34) is always up for a funny saying!

Despite the huge pressure before the Villarreal final on Tuesday (9 p.m. live on Amazon Prime), the Bayern coach has not lost his good mood and caused a laugh again at the press conference on the game.

Nagelsmann on the mood in the team one day before the all-important quarter-final second leg in the Champions League (first leg 0-1): “I can’t talk much more, then I feel like I’m at a switchboard. I spoke a lot, did a lot of meetings and did a lot of detailed work. Now the players have been on a leash for two days. Not a cross-country line, but a very short one. Tomorrow I have to open this silver buckle and then they have to run. I’ve already mapped out the route a bit, but tomorrow we’ll be in the open meadow and then I’ll unbuckle the eleven, who will start and then we’ll start!”

There were talks with the leading players – especially with the team council (Neuer, Müller, Lewandowski, Kimmich, Coman). Nagelsmann: “But I want everyone to feel a sense of responsibility. Of course, you always ask a little more from the leading players. But I want everyone to be aware that we are all in the same boat, we all have the same goals and we all want to go one step further. That is why we all have the same responsibility.”

And how does Nagelsmann deal with the pressure himself?

At least Nagelsmann didn’t look tense to the outside world: “I’m not nervous the night before. I have a coach who takes care of a lot of things around me. I have audio files that I listen to before falling asleep. Normally I should put down my cell phone every evening after 10 p.m. and then go for a walk in the forest. I’ve never done that before…”