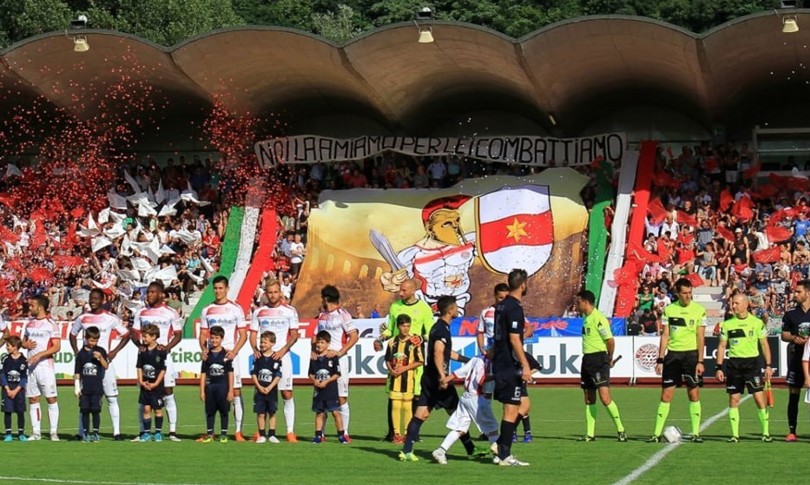 A mountainous region now dreams of climbing the football hierarchy with a historic promotion to Serie B: the South Tyroleans are first in Group A of Serie C, have the best defense in Italy (only 9 goals conceded), and the math for direct access to the cadet series could arrive next Saturday in Bolzano against Padua. A win is required (it would increase to +5 with only one game remaining), but a draw could be beneficial to the northernmost team in Italy due to the superior goal difference, which, with the exception of Padova’s goalscorer with Virtus Verona, would make a draw sufficient in the last match in Trieste.

Only two foreigners and a Croatian technician

The recent 4-0 success at Fiorenzuola confirms the strength of the South Tyrolean team, managed by Croatian Ifrom Javori, who took over from former Inter Primavera coach Stefano Vecchi, who was transferred to Feralpisal at the start of the season. With only two foreign players, French defender Kevin Vinetot and Ghanaian midfielder Shaka Mawuli, the red and white have a record of 26 victories, eight draws, and two defeats. The team’s real secret is its defensive solidity: goalkeeper Giacomo Poluzzi has logged over a thousand minutes of unbeaten play. Hans Huber, an architect, is the president, and Joseph Insam is the director.

The squad plays in the Druso stadium in Bolzano, which has a capacity of 3,500 seats and is the only one in South Tyrol permitted for professional matches, with announcements provided by a speaker in Italian and German. Use the lovely Eppan sports complex, which is nestled in the middle of a forest and has two natural grass fields, as well as two fields and a synthetic grass pitch, to train.

Alto is the team from Bolzano and its autonomous province of half a million inhabitants who speak three languages (Italian, German, and Ladino) but had only one sporting’religion’ until now, skiing and winter disciplines, as the club founded in 1974 in Bressanone as a section of the sports club Verein Milland is nicknamed.

In 1995, a watershed moment occurred.

It was 1995 when a group of Bolzano businesspeople decided to take over the freshmen Milland and turn it into the first excellence of area football: instead of yellow and black, they chose red and white for the re-foundation, and the results came immediately.

Under the direction of coach Giuseppe Sannino and with goals from striker Joachim De Gasperi, the Alto was promoted to the Amateur League (current Serie D) in 1999-00. Then he makes many appearances in C1 before being promoted to the third level for the first time in the club’s history in May 2010. Südtirol has reached the Serie B playoffs six times since then, but has always fallen short in the final rounds. He could be able to complete his climb to the cadet series this year.