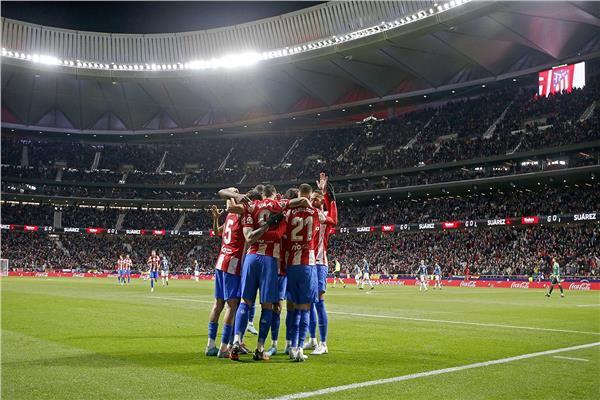 Atlético Madrid club administration rejected the penalty of the European Football Association Appeals Body “UEFA” for the partial closure of the “Wanda Metropolitano” stadium during the next match that will bring it together in Manchester City next Wednesday, in the second leg of the Champions League quarter-final.

UEFA imposed this decision due to the racist behavior of the Atlético de Madrid fans during the first leg match hosted by the “Al Ittihad” stadium last Tuesday, and the precautionary suspension of the penalty will be requested before the Court of Arbitration for Sport.

The Spanish League title holder believes that it is inappropriate to punish 5,000 people for an act committed by “two or only three people”, noting the difficulty of implementing the partial closure decision in front of this number of seats only two days before the match, and after all tickets have been sold.

On April 8, UEFA announced that disciplinary action had been taken after the events that took place in the Champions League quarter-final first leg match between the “Citizens” and “Rojiblancos”, which ended with the victory of the hosts with a goal without a response.

The charges against Atlético de Madrid, which the Control, Ethics and Discipline Authority was studying, referred to the racist behavior of its fans, in accordance with the provisions contained in Article No. 14 of the UEFA Disciplinary Regulations, and to throwing objects, according to Article No. 16 (2) (b).

And Manchester City, the English, had a difficult victory over Atletico Madrid, Spain, with a goal without a response, in the match that was held at the “Al Ittihad” stadium, on Tuesday evening, in the first leg of the quarter-finals of the European Champions League.

Kevin De Bruyne scored the only goal of the meeting in the 70th minute, from a superb pass from Foden to De Bruyne inside the penalty area and fired it powerfully into the net of goalkeeper Jan Oblak.

Manchester City qualified for the quarter-finals of the Champions League at the expense of Sporting Lisbon, Portugal, after winning 5-0 in the first match, and the return match ended in a goalless draw.

On the other hand, Atletico Madrid qualified for the quarter-finals at the expense of Manchester United after achieving a clean goal in the second leg, after the first leg ended in a 1-1 draw.