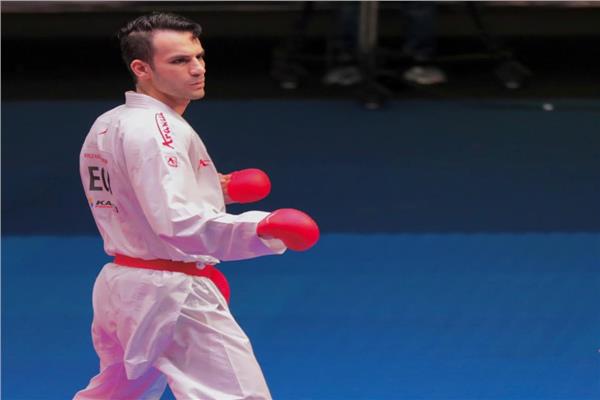 Mohamed Ramadan, the Egyptian karate champion and a professional with the French team SBN Vernon, is preparing to participate in the second round of the World Karate League, scheduled to be held in Portugal from 22 to 24 April.

Ramadan is scheduled to leave Cairo for France to enter a closed preparatory camp in preparation for the World Championship competitions.

After the camp ends, Ramadan heads to Portugal to compete in the tournament, in which Ramadan represents Egypt and the French club SBN Vernon.

Ramadan had won the silver medal in the kumite competitions under – 84 kg in the same tournament that was held in Fujairah in the United Arab Emirates from 18 to 20 last March.

The World Leagues are organized by the International Karate Federation and are held in five different countries during one season.