“Hopefully, everything can be settled such that it is equal for all,” says Diego Pablo Simeone 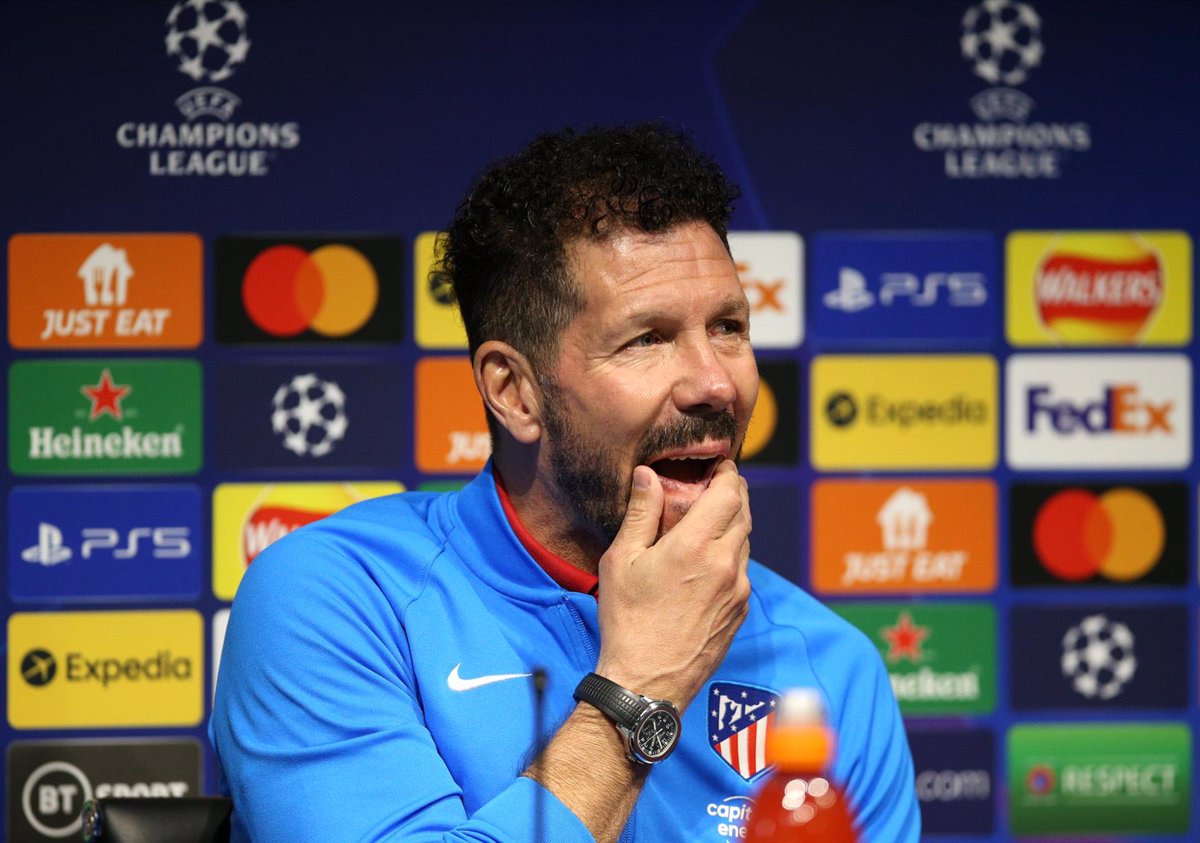 When asked if a more stringent criterion should be applied to Atlético, the Argentine responded that the partial closure decision is “arguable.”

Diego Pablo Simeone, the coach of Atlético de Madrid, weighed in on UEFA’s decision to partially close the Wanda Metropolitano due to “discriminatory conduct” by rojiblancos fans at the Etihad, a decision that the club has challenged and that the coach has criticized. He believes it will be settled “equally for all,” since he wants “people” in the stadium for the “big match” against Manchester City.

“You’re journalists, so you have a different perspective on things. Today you reminded me of what happened in Manchester (when bottles and other items were thrown during the coach’s exit to the locker room during the match against United at Old Trafford). It’s a game that we want our people to win. Hopefully, everything can be handled so that everyone is treated equally “Simeone asked at a press conference ahead of the Champions League quarter-final second leg versus City on Wednesday (9:00 p.m.).

The UEFA fine, which was imposed 48 hours before the match, ordered “partial closure” of the rojiblanco stadium and stated that Atlético de Madrid must communicate “the sector or sectors to be closed, which must comprise at least 5,000 seats” prior to the event.

When questioned if there is a more stringent criterion for Atlético, the Argentine stated that there isn’t one in the case of player expulsions, though this is more “debatable” in the case of the club’s most recent sentence by the European football regulatory body. “I am not qualified to be the lawyer who determines what is and is not fair. Fortunately, nothing harmed me, and he remained unidentified because we had left him behind “He spoke about the incident that occurred at Old Trafford.

Simeone, on the other hand, addressed the argument over the various styles observed on the pitch at the Etihad, as well as the criticism he has gotten in Manchester for his conservative attitude. “I never sneered at a coworker; instead, I always put myself in his shoes. When someone has contempt for a coworker, I don’t share it “he stated

“I HAVE NEVER DISREGARDED ONE OF MY COLLEAGUES”

“People who haven’t played in a long time yet want to make a name for themselves… Words are free, but the fish dies by mouth. Everyone has their own way of doing things, and I will always respect my coworkers “On the matter, he added.

As a result, he lauded City once more, a squad that “plays extremely well, with very fast transitions, with limited spaces utilised in the best way,” but Simeone cited the “illusion” created by the first-leg success, knowing that “just with the illusion is not enough.”

“We won’t wander too far from our routine in our search for the best moments. Hopefully, we will be able to take advantage of the counterattacks with more precision, and that our players will have a terrific night. In a game, anything can happen “he stated

He also does not anticipate significant changes in the City’s strategy. “They are going to play in the same style, and they have a well-established game concept. They have a fantastic coach and some excellent footballers; they will be a side that attacks and presses… What we can do will be critical “He was agitated.

Finally, he admitted that Yannick Carrasco “may have a place” in the starting eleven, admitting that the Belgian “from last season” is “extremely significant” for Atlético when he plays at “that level.”