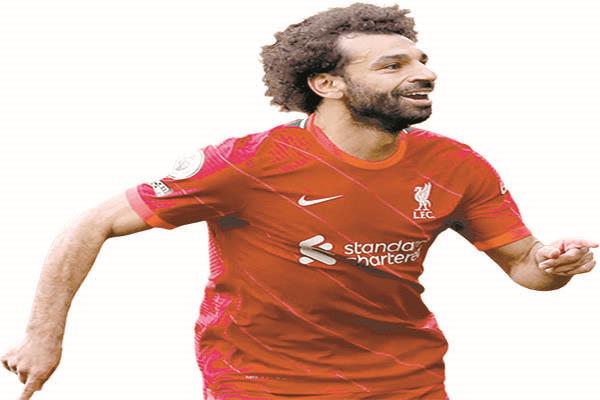 Muhammad Jamal Juma wrote:
Tomorrow, at nine in the evening, the Champions League quarter-final matches will be concluded with the last two matches in the second leg of this round. In the first match, Liverpool will receive at Anfield, led by international star Mohamed Salah, the Portuguese Benfica team .. while Manchester City, the English one, will be a heavy guest at the same time. Atlético de Madrid at the Wanda Metropolitano.

In the first match, Liverpool, led by its German coach, Jurgen Klopp, has a great advantage after winning the first leg away from home 1/3, as the Reds need to repeat their win or draw with any result or lose by a goal difference in order for the English team to qualify for the semi-finals.

While Benfica, led by coach Nelson Verissimo, does not have any chance to qualify directly, except to beat the Reds by three goals, which is like a miracle, or win by two goals and resort to extra runs and penalty kicks. Liverpool player Mohamed Salah seeks to lead his team to the semi-finals for the third time in the last Five years, the pharaoh also hopes to break his fasting for scoring with the Reds, which has been going on for nearly a month, as he scored the last goal with Liverpool against Brighton on March 12th. The pharaoh performed well during the last meeting of the Reds against Manchester City, which ended in a positive draw 2/ 2 During which Salah succeeded in making the second goal of the Reds for his Senegalese colleague Sadio Mane .. On the other hand, Benfica, led by Verissimo, will try to exploit all his offensive weapons in order to achieve the miracle, scoring three goals against the Reds and not conceding goals in his own net in order to pass to the semi-finals.

In the second match, Manchester City, led by its Spanish coach, Pep Guardiola, won a difficult victory in the first leg of England with a goal without a response. The case of exploiting the workers of the land and the public and achieving victory with two goals.

Simeone will change from his usual defensive method, through which he received great criticism in the last match due to Atletico’s possession of a wonderful attacking group such as Joao Felix, Luis Suarez and other stars. In the way of playing to modify the result and search for qualification from Spain, with some caution and defensive insurance for fear of counter-attacks for City. On the other hand, Guardiola will rely on his tendency and offensive strength, led by the brilliant Belgian Kevin De Bruyne and the young English star Foden, in addition to Raheem Sterling and the Algerian star Riyad Mahrez, and that In order to penetrate the defensive strength and solidity of Atletico Madrid.