Villarreal equalized at the 88th minute to eliminate Bayern Munich 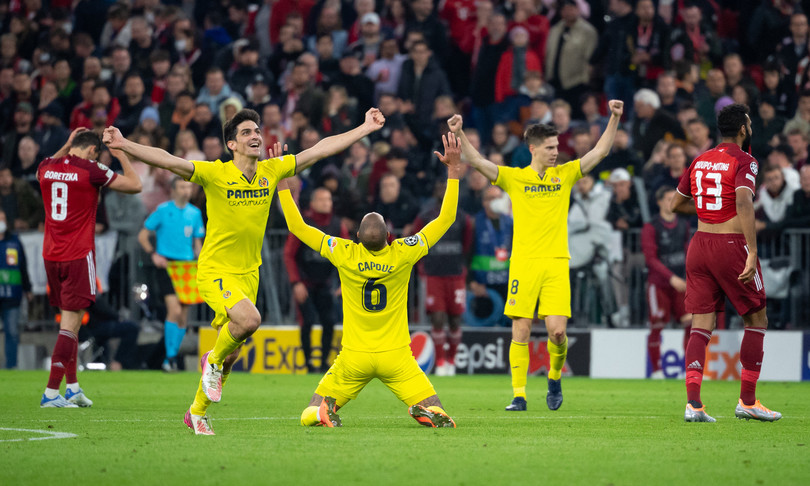 Villarreal completes an extraordinary feat by drawing 1-1 at the Allianz Arena against Bayern Munich and qualifying for the Champions League semi-finals after winning the first leg. Chukwueze’s goal in the 88th minute proved pivotal, despite the fact that he had only been on the field for a few minutes: hence, Lewandowski’s goal and a game dominated for huge sections was insufficient for the Bavarians. The Spaniards return to compete in a Champions League semi-final sixteen years later.

The Bavarians play the game to try to avenge the goal they conceded in the first leg, but the yellow backline tightens the lines with character and determination, conceding very little. Musiala’s header in the 29th minute was stopped centrally by Rulli, and it was the only shot on target in the first half. In the rest of the game, there was a lot of Bayern pressure but few emotions. The Germans picked up the pace considerably in the second half, and at 52′, taking advantage of an error from Villarreal’s bottom line, they found the 1-0 with the typical Lewandowski, bringing the overall score to a level.

Muller would have the ball for a doubling on his head twenty minutes later, but he would fail spectacularly, leaving Villarreal alive, who, after suffering throughout the game, found Chukwueze’s incredible qualifying goal in the 88th minute, and had just entered the field at Coquelin’s place. Villarreal, led by Unai Emery, continues their journey after killing Juventus.