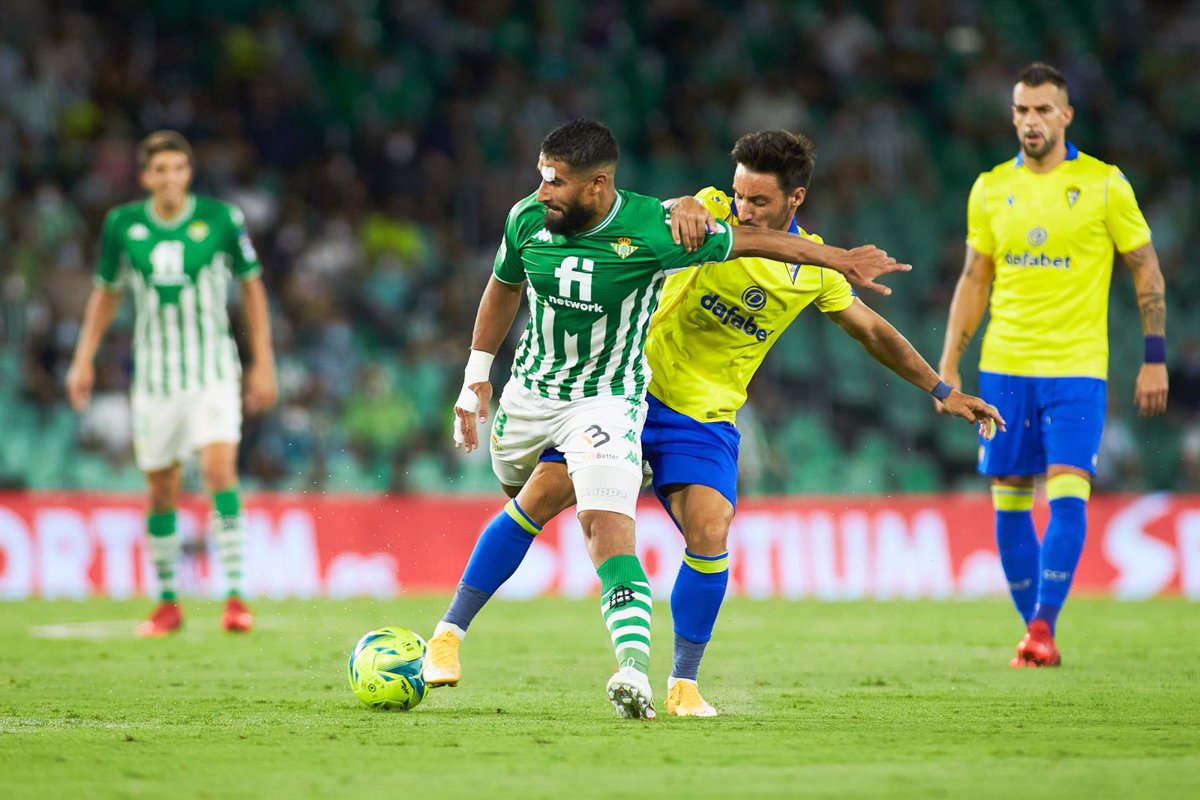 Real Betis could not (1-1) with Cádiz this Friday at the start of the second day of LaLiga Santander, held at Benito Villamarín, a clash with more dominance and chances for the locals, before 24,000 spectators who returned to their house, who knew how to hold the yellow box well.

Nabil Fekir had one of those days where he seems to float on the grass, with speed, dribbling and shooting. Along with him, Betic coach Manuel Pellegrini ended up burning ships in search of breaking the tie, but Cádiz defended well, with which both teams added their second draw in as many games.

Betis perhaps deserved more prize for points, but Cádiz went ahead and also had a good reaction to the draw. Negredo was the one who made it 0-1, from a penalty on the second attempt as Rui Silva took the lead in the first. The maximum penalty was the result of an error by Víctor Ruiz and the good pressure of Choco Lozano.

Despite the blow at 10 minutes, Betis turned upside down, with 80% possession and many arrivals. Junami had the best and, in the back corner, he retaliated by heading 1-1, also starring last week. On the contrary, Cádiz was able to get ahead again but Tomás Alarcón ran into the stick.

Cádiz seemed to come out of the cave and Fekir put them back with another ball to the post. The Frenchman was the Betic lighthouse, well accompanied by Rodri and Canales, but the siege of the second half was not accompanied by marksmanship. Pellegrini moved the bench but Cádiz became strong, in a serious attrition for both teams.