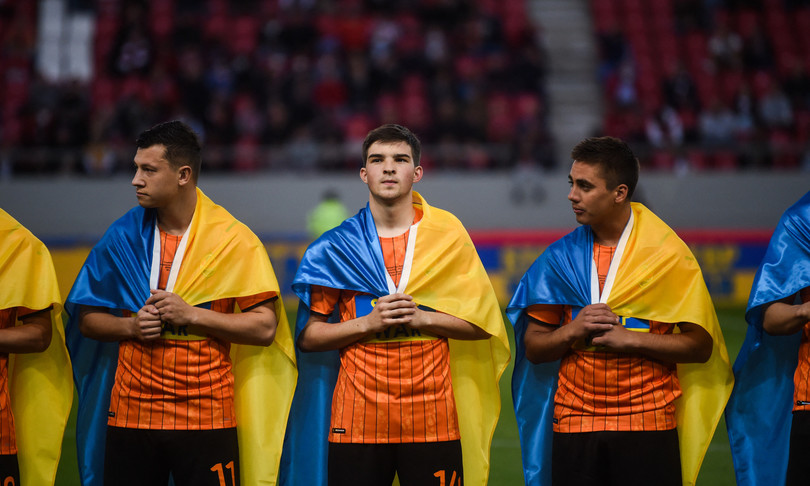 A dream that comes true after nightmare weeks: a twelve-year-old Ukrainian who escaped the bombing of Mariupol scored the decisive goal in the charity friendly between Lechia Gdansk and Shakhtar Donetsk and was embraced and celebrated by all the players on the pitch.

It happened on Thursday night at the Polsat Plus Arena in the Polish city: the match was on a draw, 2-2, when the child with glasses entered from the bench and exchanged a few passes with his teammates before heading towards the opponent’s goal, left free. by the defenders of Lechia.

Dreams come true!
Dmytro Keda from #Mariupol played for his favorite @FCShakhtar and scored the winner in charity match against Lechia Gdansk ⚽

“#Shakhtar Global Tour for Peace” is supported by the MFA, all proceeds will be donated to defenders and children affected by war. pic.twitter.com/ll6X8eU9eM

There was a long applause at Dmitry Keda’s goal. The decision to let him score was “spontaneous”, explained Shakhtar coach Roberto De Zerbi. The story of the child is moving: in March he had been hiding with his family for a week in the Mariupol Drama Theater and had left the city a few hours before the theater was bombed on March 15.

The friendly is part of the ‘global peace tour’ that Skahktar Donetsk is making around Europe. Before the match, the Ukrainian anthem was played and a minute of silence was observed for the war victims.

After the friendlies with Olympiakos in Greece and Gdansk, others are planned in Istanbul with Fenerbahce and in Split with Hajduk. Several other teams have expressed their willingness to meet the Ukrainian club as soon as their leagues finish, from mid-May onwards. On the shirts of the players instead of the surnames are the names of the bombed cities: Mariupol, Irpin, Kherson, Bucha, Kharkiv.