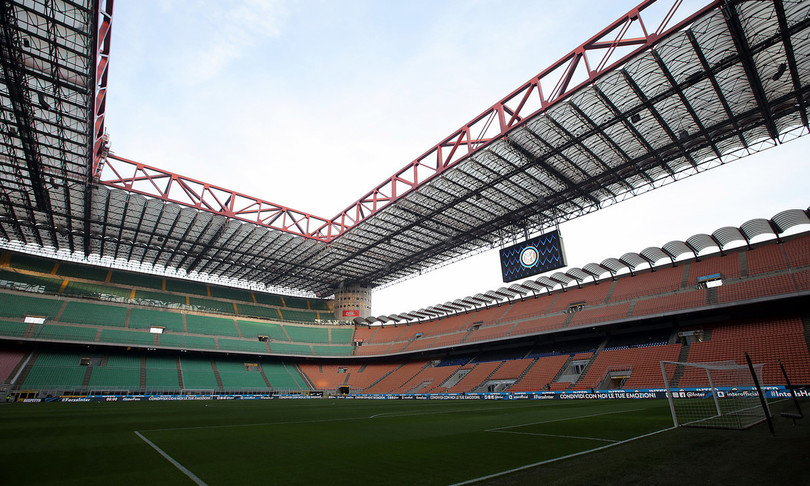 ` – Inter starts again with a great success and, despite the heavy starts of this summer transfer session, it starts in a great way the championship season beating Genoa 4-0. At San Siro, on the day of the public’s return to the stands (albeit at 50% of the capacity), the goals of Skriniar, Vidal and the newcomers Calhanoglu and Dzeko decide, also authors of an assist each. Inter Milan celebrates, that rejoices in the sign of the new arrivals forgetting at least for now Lukaku, Hakimi and Conte. The Nerazzurri start with the foot pressed on the accelerator and in less than a quarter of an hour they direct the game on the right tracks: after 6 minutes Skriniar opens the dances with a peremptory header on the corner of Calhanoglu, who on 13 ‘instead wears the role of goalscorer directing a great right to the corner after an exchange with Dzeko. The former AC Milan player was immediately decisive, presenting himself with an assist and a goal to his new fans. At 24 ‘Dzeko also tried to score on his debut for the Nerazzurri, but was unlucky to hit the crossbar with a shot deflected by Criscito. Only at 45 ‘tried to be seen Genoa, which goes one step away from 2-1 with Kallon, inaccurate in front of goal a few steps from Handanovic. Before the break there would also be room for Inter’s trio signed by Perisic, caught offside, however at the moment of the verticalization of a partner. Even at the beginning of the second half, Inzaghi’s team was denied the third goal, scored by Calhanoglu but canceled for another offside by Perisic. The Nerazzurri remain in total control of the match e after having touched again the 3-0 with Dzeko, they find him in the 74th minute with the newly entered Vidal, who puts in a few steps on the brilliant heel of Barella. Before the triple whistle there is space and glory also for Edin Dzeko, who head signature the final 4-0 on Vidal’s perfect cross, also wetting him with a goal on his debut for the Nerazzurri.

Dionisi’s adventure on the Sassuolo bench begins in the best possible way, who conquers Bentegodi in the first championship by beating Verona 3-2. Debut to forget at the helm of the Scaligeri, however, for Di Francesco, forced to the knockout by the goals of Raspadori, Djuricic and Traore and after just over half the match played outnumbered (Veloso expelled). Zaccagni’s brace is not enough for the Gialloblu. Ready to go and the Scala rearguard risks the omelette after less than 20 seconds, giving Boga the possible advantage ball that the attacker shoots to the side. After another attempt each for Barak and Frattesi on both sides, it is Zaccagni who has the best chance of the match at 24 ‘, wasted kicking high from an excellent position. The Verona increases the engine revs and goes one step away from the advantage also at 31 ‘hitting a crossbar with Kalinic, but on the overturning in front it is Sassuolo who sinks the blow: Djuricic launches Raspadori, very good at controlling and coming face to face with the goalkeeper by signing the 1-0 Emilian. Before the break, the game for Di Francesco’s team gets even more uphill, forced to outnumber red (double yellow card) in Veloso. Zaccagni tries to shake the yellow and blue at the beginning of the second half, but at 51 ‘Sassuolo is doubled with a textbook exchange between Djuricic and Caputo, with the latter offering a chocolate to his teammate who transforms into 2-0. Verona does not intend to give up and at 70 ‘finds the episode to return to the game: Zaccagni is knocked down in the area by Toljan earning a penalty, the same number 10 goes from the spot and signs the 2-1 that reopens the match . Veronese hopes that however seem to be definitively extinguished in the 77th minute by the newly entered Traore, very good at drawing a right turn from the deadly limit to Pandur. Only in the recovery does Verona find the 3-2 goal again with Zaccagni, who scores his personal double but useless for the result.

Maurizio Sarri’s Lazio starts with right foot the season, immediately taking three points at Empoli in the first league game. 3-1 success in comeback for the biancocelesti, who after the advantage of Bandinelli, overturn everything with Milinkovic, Lazzari and Immobile already before the interval. The return to Serie A of the Tuscans coached by Andreazzoli was bitter, and despite a very good performance they left the field empty-handed. Crazy game start at Castellani, with a back and forth within 6 minutes scarce that immediately ignites the match. Bandinelli opens the dance, who scores his first goal in Serie A from left-handed, responds shortly after Milinkovic who heads ahead of the goalkeeper on Felipe Anderson’s cross. Andreazzoli’s team plays well, touching a couple of times the new advantage first with Mancuso then again with Bandinelli (outside post), but just over half an hour is the Lazio hitting, overturning the result: Milinkovic invents for Lazzari, who puts the turbo and once in the area he guesses the diagonal that is worth 2-1. At 40 ‘Sarri’s team makes 3-1 and stretches: Vicario landslide on Acerbi in the penalty area, the referee assigns the penalty and Immobile makes no mistake displacing the same blue goalkeeper. Upon returning from the interval, Empoli tries to get back into the game and in the 55th minute builds a sensational double chance: Bandinelli is blocked by Reina, on the rejected instead Bajrami kicks with power finding the providential deviation of Luiz Felipe on the line. As the minutes go by, the challenge loses intensity, the rhythms drop and the emotions decrease. Lazio defends the double advantage well, is saved in the final by a crossbar on the right of Bajrami and takes the first success of the season.

Atalanta wins 2-1 at the last breath at Turin, immediately taking 3 points on his debut in the league. The goal of the young Piccoli in the 93rd minute was decisive, after Belotti’s response to Muriel’s initial advantage. Gasperini starts off on the right foot despite an uninspiring performance of his team, while he remains so much bitterness in the mouth for Juric, who comes out defeated in the first match on the grenade bench. Six minutes on the clock and the season of the Bergamo team begins in a great way in the sign of the usual Luis Muriel, who invented an authentic feat by directing a left-handed from the limit under seven, impregnable for Milinkovic. The grenade response comes in the 13th minute, when Sanabria tries the head twist on a cross from the left, but he directs too centrally into the arms of Musso. The Bull does not give up and does not give up an inch, frightening the Goddess in the final of the first half first with Aina rejected by Musso, then with Mandragora whose left from a distance goes out a little to the side. In the second half, Atalanta’s engine drops in revs and the grenades attempt to attack the Nerazzurri goal several times in search of a draw, but no great dangers come from Musso’s side. Juric also tries to play the Belotti card, who initially started from the bench, and the ‘rooster’ responds in the 79th minute, scoring the 1-1 goal with a bit of luck. The attacker’s shot from the edge, in fact, is decisively deflected by Maehle, drawing a mocking trajectory for the Bergamo goalkeeper. In the end, the tie seems to have been written, but in full recovery the young striker Piccoli will take care of it, entered in the 83rd minute, to score the 2-1 decisive goal for the victory of Atalanta.