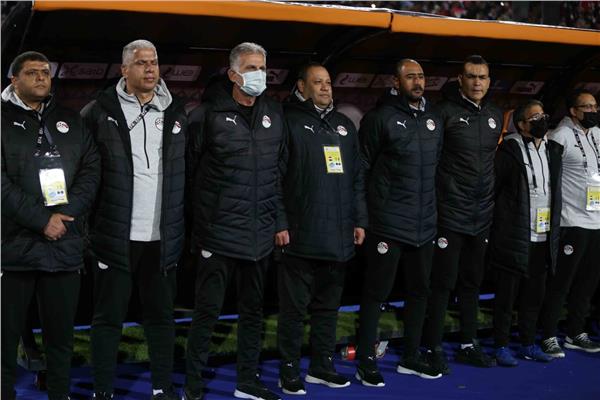 Football Association officials denied what was reported in the last hours regarding the report of the Portuguese Carlos Queiroz, the former coach of the first national football team, about the weak capabilities of goalkeeper coach Essam El-Hadary and former team manager Wael Gomaa.

Some suggested that Queiroz had indicated in his report that Essam El-Hadary was not fit to train goalkeepers, in addition to Wael Gomaa’s weak capabilities in administrative affairs.

A source within the Football Association said that Queiroz’s report indicated some technical aspects and what took place during the team’s recent camps, especially the two matches of Senegal in the qualifiers for the Cup, back and forth, and did not address the supporting staff.

It is noteworthy that Queiroz had asked earlier, specifically after the African Nations Championship in Cameroon, to make adjustments in his assistant apparatus due to the aftermath of crises and internal disputes.

After the failure of the Egyptian team to qualify for the World Cup after the defeat against Senegal, Wael Gomaa submitted his resignation, while the Football Association announced the contract with Ihab Galal as technical director of the team to succeed Carlos Queiroz for not reaching an agreement with the Portuguese, while Yemeni Essam Al-Hadary Al-Nahf to continue in His position with the new body of the national team.

On the other hand, Khaled Al-Darandali, Vice Chairman of the Board of Directors of the Football Association, revealed the reaction of Mohamed Salah, captain of the first national football team, after the defeat against Senegal and the loss of the dream of qualifying for the 2022 World Cup.

Al-Darandali said, in statements to On Time Sports Radio, that Mohamed Salah broke into a fit of tears inside the locker room, and appeared frustrated, especially as he dreamed of participating in the World Cup for the second time in a row.

The Vice-Chairman of the Football Association also revealed the details of the last hours of negotiations with the Portuguese Carlos Queiroz, before his departure from the Egyptian national team, and Ihab Galal taking over in his place.

Al-Dardali said in radio statements that the Football Association spoke with Queiroz in all the details of his continuation before the dispute was due to the lack of agreement on the renewal after next December, as he put it.

The Vice-President of the Football Association said: “Queiroz was delusional that I traveled with him to Cameroon in the African Nations Championship in order to harass him and talk to him about the penalty clause for his departure, but he was surprised that I support him and all his aides.”

Al-Dardali added: “The illness of Queiroz’s father and granddaughter may also be one of the factors that may be the reason for Queiroz’s renewal of his contract with the Pharaohs.”

On the other hand, the Egyptian Football Association has set Wednesday, April 27, as the date for the presentation of Ihab Galal, the new coach of the first national football team, who took over the task to succeed Portuguese Carlos Queiroz.

The Football Association is awaiting the end of Ihab Jalal’s mission with his team Pyramids during the second leg of the CAF Confederation Cup quarter-final against TP Mazembe, which is scheduled for Monday, April 25, in order to hold a meeting with the administration of the Football Association to discuss all the details of the assistant apparatus and the requirements of the next stage before receiving his mission in The first of next May, according to the assurances of the Jabaliya officials.

At the same time, Ihab Jalal’s agent held a meeting with the Legal Affairs of the Football Association in the presence of Walid Al-Attar, Executive Director of Jabalia, in order to put the last frills on the details of the contract that extends for a year and a half until the end of the 2023 African Nations finals hosted by Cote d’Ivoire in the middle of next year.

And a source within the Football Association had confirmed not to discuss what was reported about the possibility of Jalal continuing in his position with his team, Pyramids, if his team qualified for the semi-finals of the Confederation, after which he would take over the national team coach.

The source said that this matter had not been discussed at the Jabaliya table, especially since there was no official request in this regard in the first place.