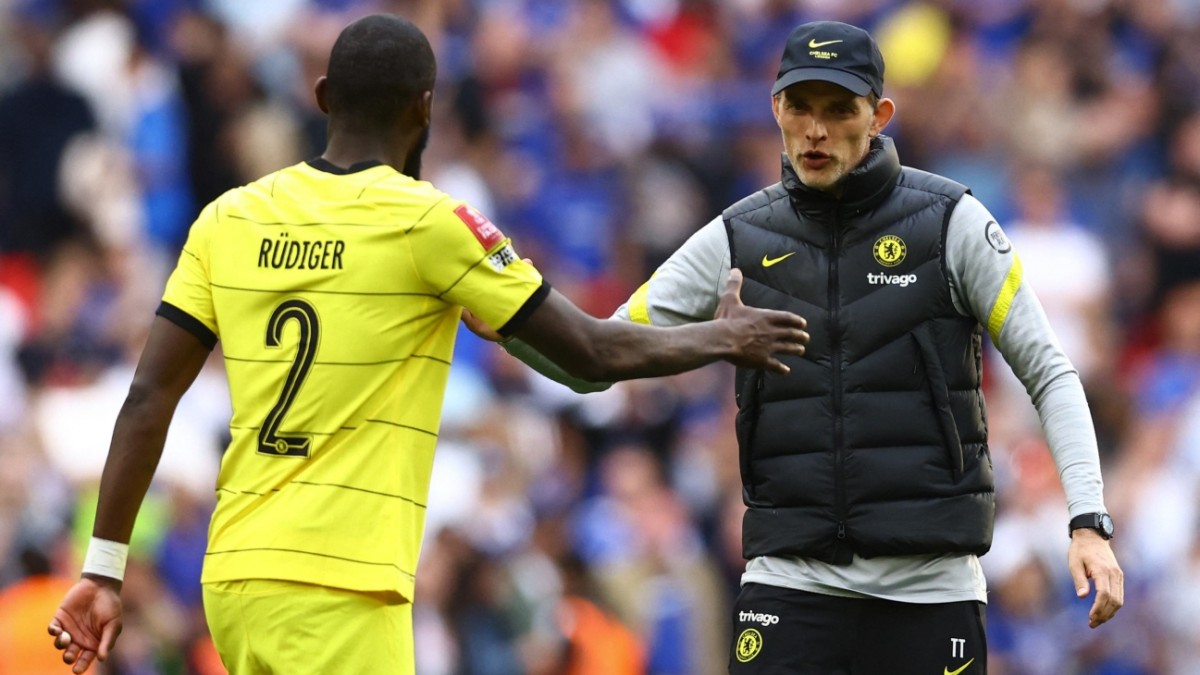 England, FA-Cup: Thomas Tuchel and Chelsea have reached the final of the English FA Cup and will face Jurgen Klopp’s Liverpool on May 14th. The Blues defeated Crystal Palace 2-0 (0-0) in the semifinals in front of 76,238 spectators at London’s Wembley Stadium on Sunday and have the chance of their ninth success in the oldest football competition in the world. Ruben Loftus-Cheek (65th minute) and Mason Mount (76th) shot Chelsea into the final.

With the DFB trio of Antonio Rüdiger, Kai Havertz and Timo Werner in the starting line-up, the Tuchel team didn’t really get into the game in the first 45 minutes. Only a yellow card after a swallow by Havertz caused a stir in the Palace penalty area. After the break, a header from Cheikhou Kouyaté landed just wide of the Chelsea goal (61′). Then came Chelsea: A pass from Havertz threw Loftus-Cheek into the net to take the lead (65′). Mount made the decision after a pass from Werner (76th). Romelu Lukaku with a post shot (90th) and Rüdiger (90th + 1) missed the third goal.

Football, Bundesliga: SpVgg Greuther Fürth is close to relegation in the Bundesliga. The Franconians did not get more than a 0-0 draw at TSG 1899 Hoffenheim on Easter Sunday and are eleven points behind VfB Stuttgart in the relegation rank with four games to go. On the coming matchday, the second Bundesliga relegation in the Fürth club’s history could finally be determined just one year after promotion. Hoffenheim also remained without a win in their fifth league game in a row and lost a better starting position in the race for the European Cup ranks due to the draw in front of 15,100 spectators. The Kraichgauers slipped down to eighth place, one point behind 1. FC Köln.

Cycling, Paris-Roubaix: The Dutch professional cyclist Dylan van Baarle has won the 119th edition of the classic Paris-Roubaix. The 29-year-old from the Ineos Grenadiers team confidently prevailed on Easter Sunday after an extremely demanding 257.2 kilometers, 54.8 of them on the notorious cobblestones, after a solo ride in the final. In the Roubaix velodrome, after 5:37:01 hours, he was 1:47 minutes ahead of Belgian Wout van Aert (Jumbo-Visma). At the same time, the Swiss Stefan Küng (Groupama-FDJ) was third.

Unusually high temperatures of almost 20 degrees, the dusty paves and the constant tailwind, which caused by far the fastest Roubaix run in history with an average of 47.1 km/h and thus many falls, demanded everything from the drivers. Like many other professionals, Van Baarle was affected by a defect, but then pulled away decisively shortly before the last, very difficult, cobblestone sector, Carrefour de l’Arbre.

The best German was veteran John Degenkolb (Gera/DSM) in a good 18th place, 4:47 minutes behind. Nils Politt (Cologne/Bora-hansgrohe), who finished second three years ago in the last event in the spring, came in 22nd at the same time. Italy’s Sonny Colbrelli, who triumphed in the sprint in last autumn’s mud fight, was absent after collapsing badly with heart problems at the Tour of Catalonia in March.

Football, Netherlands: Former German national player Mario Götze consoled himself with the Dutch Cup after losing in the European Cup. The winning goal scorer in the 2014 World Cup final celebrated a 2-1 (0-1) win against record champions Ajax Amsterdam with PSV Eindhoven in the cup final on Sunday. On Thursday, Götze and his club failed in the quarter-finals of the Conference League against Leicester City. Erick Gutierrez (48′) and Cody Gakpo (50′) scored for Roger Schmidt’s PSV, who won the national cup for the tenth time. Ryan Gravenberch (23rd) had given Amsterdam the lead. In the Eredivisie, Götze and Eindhoven are four points behind leaders Ajax.