Fear for Eriksen at Euro 2020. Taken ill during Denmark-Finland 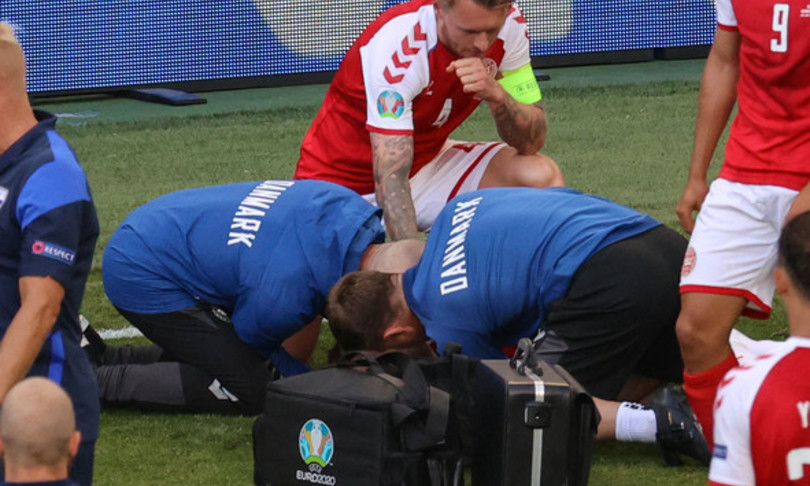 AGI – Fear on the pitch between Denmark and Finland, the third match of the European football championships. To Inter midfielder Christian Eriksen, a heart massage was performed in an almost surreal and desperate atmosphere.

“The player is now awake and in the hospital for further tests.” The hospital is Brondby’s Rigshospitalet. The Danish football federation writes on Twitter.

From the first images published by the AFP agency it was found that the midfielder came out consciously from the playing field. In one photo, in particular, you can see the player holding his forehead with his left hand.

The player, who fell alone on the pitch, spent several minutes on the ground unconscious. Tears among teammates and fans in the stands. An atmosphere of fear descended inside the Parken Stadium in Copenhagen where the game, now suspended, was taking place.

“Moments like these put everything in life into perspective. I wish Christian a speedy and complete recovery and I pray that his family will have strength and faith. “. Thus the Uefa president Aleksander Ceferin in a note released on Twitter from the official profile of the organization.

“In these moments the unity of the football family is very strong, and everyone’s wishes and prayers are extended to him and his family. I have heard of fans of both teams chanting his name. Football is beautiful and good. Christian plays it beautifully, “Ceferin concludes.

“Numbers 10 never give up. Come on Christian we are with you” wrote Francesco Totti on his Instagram profile,

The game, after the suspension and the reassurances on the conditions of Eriksen hospitalized, resumed and ended with the historic victory of Finland his absolute debut at the European Championships. Pohjanpalo gave his team success in the first match of group B for a goal to zero.