Spectacle at Hajduk’s training: Thousands of fans came to support the players before the derby with Dinamo! 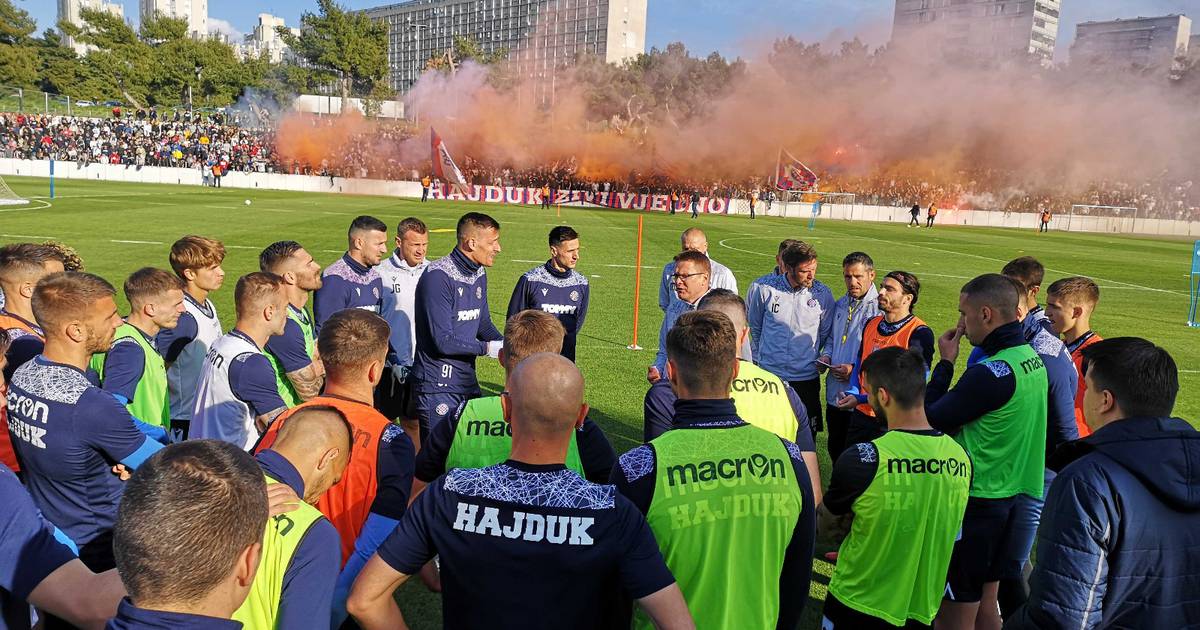 Madhouse on Poljud! Thousands of fans came in an organized manner to support the Hajduk players ahead of the big exam that awaits them on Wednesday, when they are waiting for Dinamo in the remaining championship game. For days now, a message has been spreading to fan circles with an invitation to come to training in as many numbers as possible and show the players how much it would mean for them to win and continue the race in the championship.

Flags, smoke boxes, bengals, chanting and cheering of Torcida echoed through Poljud, as if it were Wednesday at 19:00, and not an overture to the derby that could make the championship even more dramatic.

Six games before the end, Hajduk is seven points behind the leading Dinamo and five behind Osijek, which has a game more. But by the end of the season, Hajduk will meet Dinamo twice and anything is still possible. Especially if the atmosphere on Poljud on Wednesday is the same as it was at the training this afternoon.

And how much this great support meant to the players is best seen by their smiles in the photos of Mira Gabela. “We want pob-bje-du, we want po-je-du …”, “I only love you and no one else …”, “Nobody like Hajduk from Split …” it thundered. from the stands while the players went out on the grass of the auxiliary field …. After the players greeted them and started training, the fans sang a few more songs and parted in peace …