Inter overwhelms Milan and goes to the Italian Cup final 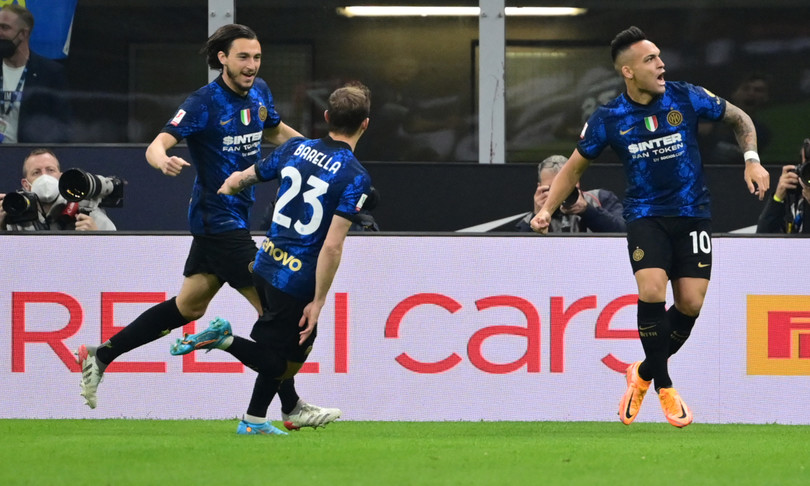 Inter won the return derby of the semi-final of the Italian Cup 3-0, winning a place for the final in Rome on 11 May. At San Siro, after the 0-0 first leg, Milan fell under the blows of a super Lautaro Martinez, author of a fantastic double, and Robin Gosens on his first Inter goal.

So much bitterness in the mouth for Stefano Pioli’s training, not very lucid in front of goal in various situations and unfortunate on the occasion of Bennacer’s goal (canceled by the Var for Kalulu’s active offside) who would have reopened the challenge in the second half. Simone Inzaghi’s men thus win the first of the four seasonal ‘derby’ and now await the winner of the other semifinal between Juventus and Fiorentina.

Just four minutes on the clock and Lautaro Martinez makes the part of San Siro nerazzurri explode with joy, coordinating perfectly on the fly on Darmian’s mid-height cross and letting go a shot that Maignan only manages to touch. The rhythms are hellish and on 28 ‘the Rossoneri build the first real goal ball for the equalizer with Leao, who escapes to Skriniar and practically kicks on Handanovic with a left-handed, careful a few moments later even on a right from outside Saelemaekers.

Milan continues to press and in the 39th minute touches the net again at the end of a good choral action, neutralized by Perisic with a save on the line, on the reversal in front instead comes the Inter doubling again with the ‘bull’ Martinez: the Argentine escapes on the vertical passage of his compatriot Correa and with a beautiful touch below he beats Maignan again for his personal double.

In the second half, Pioli’s team returns to the field with a great attitude desperate for the goal that can reopen the game, but in the 66th minute they are not lucky in the occasion of Bennacer’s goal: the Algerian scores from outside on the developments of a corner, the Var, however, calls the referee to evaluate and subsequently punish an active offside by Kalulu. Inter is saved and in the final closes it with the newly entered Gosenswho sling in a split on Brozovic’s low cross signing the final 3-0.