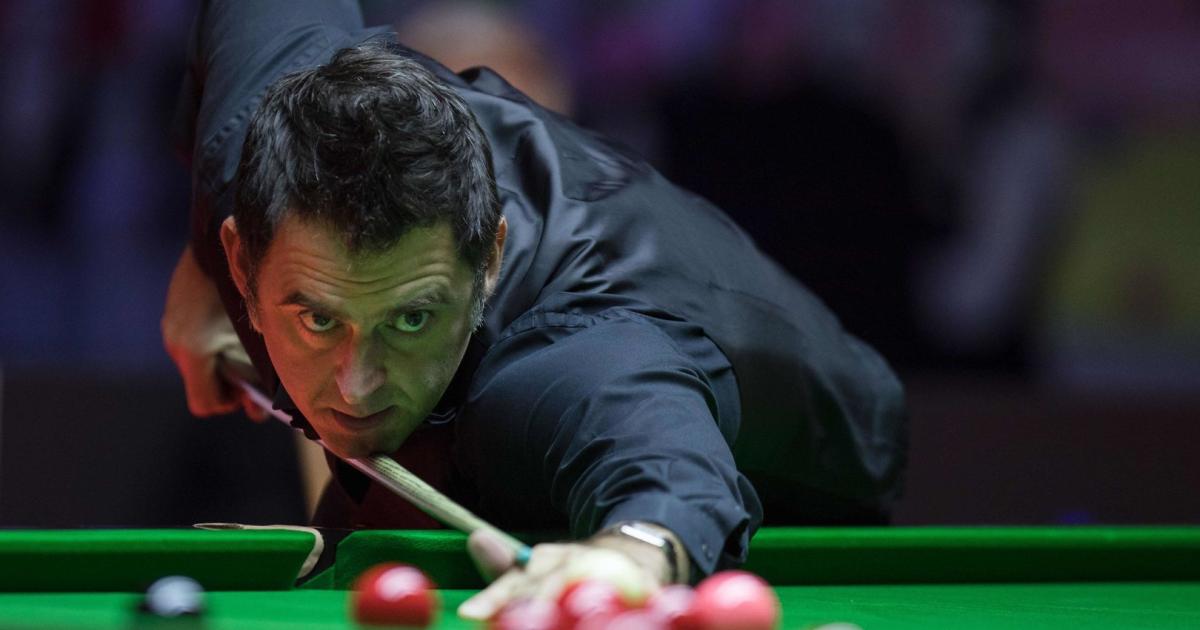 At the World Cup, good behavior is just as important as the sometimes strange nicknames of the players. One caused a stir.

Don’t be surprised if these days when you’re flipping through the TV programs you suddenly come across gentlemen in fine threads standing at a huge billiards table. This is snooker, a billiard variant in which colored balls (as the balls are called) have to be sunk into tiny holes. This sport is extremely popular, especially in the British Isles, and the players are stars. But also in this country, snooker has enjoyed great popularity for years thanks to TV broadcasts. The World Cup has been taking place since Saturday and will continue until May 2nd, with Eurosport broadcasting live for up to ten hours a day.

The World Championship is also proof that the clocks in the snooker world tick a little differently. Bigger, faster, louder is not the motto here, tradition is in the foreground. The World Cup has been played at the Crucible Theater in Sheffield since 1977. After Corona, it’s full of fans again. However, only 980 spectators fit in, although many more would come, especially in the decisive phase of the tournament. However, many more are not necessarily desired. “Maybe we could play in front of 10,000 fans. But in front of 90,000 people? That would be a problem,” says Ronnie O’Sullivan and explains: “Snooker is a quiet sport – and try to keep 90,000 people quiet.”

The Englishman O’Sullivan is currently number one in the world. He is not only known for his brilliant game, but also for his freaks. This is also the case at the current World Cup. In his first-round win over David Gilbert, he caused a stir with an obscene gesture after a mistake. A punishment threatens, it would not be his first. A similar incident cost him €3,000 and cost him valuable ranking points. Outbursts of anger are just as frowned upon in snooker as extravagant celebrations, violating etiquette is severely punished.

Players are expected to report a foul they commit if the referee overlooks it. An unwritten law. The dress code is highly official, suit pants, shirt, vest and bow tie are mandatory. This dates back to the days when snooker was played almost exclusively in military officers’ casinos.

It is also a tradition that the best players are given a nickname. Doesn’t actually go with the fine etiquette and the outfit of the athletes. You have to earn the nickname. You can’t choose it yourself, you get it. It often has to do with the way the game is played. Like Ronnie O’Sullivan, who is called “The Rocket” because of his fast game. In 1997 he managed the fastest maximum break (147 points) in five minutes and eight seconds, a perfect game.

Origin also often plays a role. The Australian Neil Robertson is known as “Thunder from Down Under”. Mark Selby is from Leicester. He is called “Jester from Leicester”. Probably also because of the rhyme. “The Magician” Shaun Murphy already performed magic at the World Championships, losing to “Merlin of Milton” Stephen Maguire. He, in turn, is one of the few who are allowed to play without a bow tie – he has a medical certificate. And Anthony Hamilton: He comes from Nottingham, but is also called “Robin Hood” because of his chin and mustache. “The Ace in the Pack” is Judd Trump. But the co-favorite is not afraid of the “Welsh Dragon”, the Welsh dragon Matthew Stevens. In round one he had to try to crack “Jack-Pot” Jack Lisowski anyway.