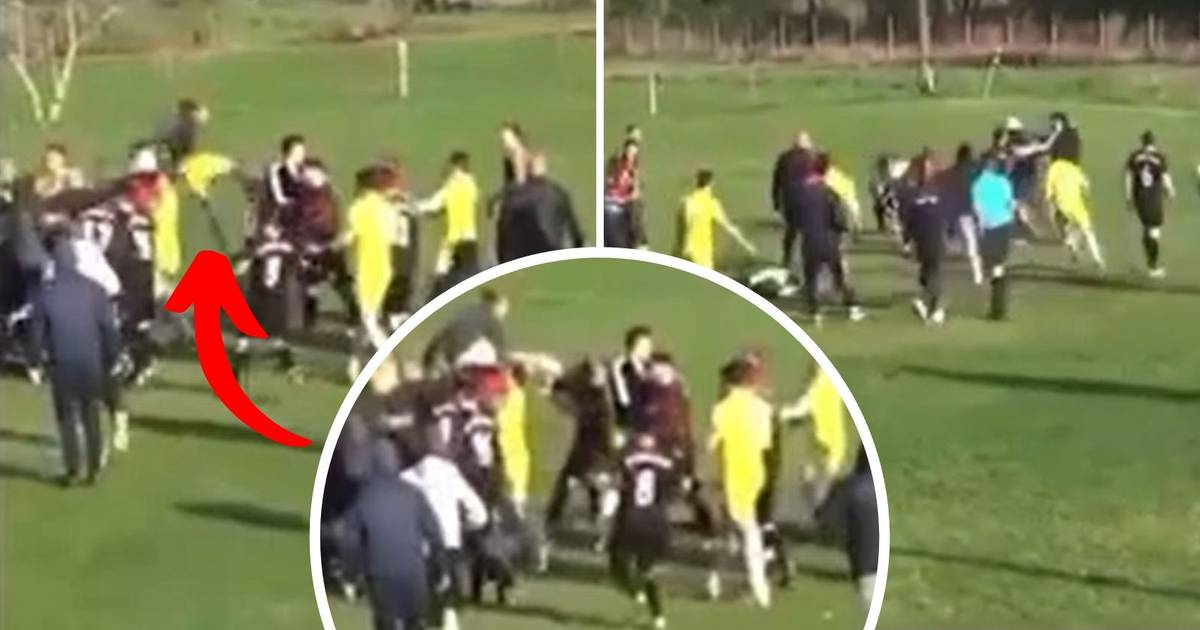 You can see and experience everything on the lower league turf, but Mateo Kuzminski ran for the most beautiful “football high-kick”. Namely, the match of the 18th round of the Second County League between the host of the same name and Mladost from Koprivnički Bregi was played in Gornja Rijeka, but the result 1-1 is not what will be remembered, but the savage move of the mentioned Kuzminski.

After the match, there was a big showdown between the players of both teams, even the fans and the goalkeepers. The guests were not particularly pleased with the trial, they surrounded the judge, when, in fact, there was a crowd and, consequently, physical confrontations.

Nikola Deglin, a player of the home club, went through the worst because the visiting player Kuzminski hit him in the head with his sole and sent him to the hospital to sew. Previously, according to ePodravina, Deglin allegedly hit the young goalkeeper of Mladost (18), from which he earned a hematoma near the eye and ended up in the hospital, which led to Kuzminski’s revolt. However, they denied this from Gornja Rijeka.

– After the match played by the penultimate Gornja Rijeka and the first-placed Koprivnički Bregi, the guests, annoyed that they did not win all three points, attack the referee, so after four minutes of compensation they protested that there was too little compensation. The wardens entered the field, but since it is a county league and no one expected such an excess, there were about 10 wardens, so the local players decided to help the wardens (without any form of violence) so that the referees could easily get to the locker room. one moment when the young goalkeeper of Gornja Rijeka – Domagoj Petrinjak arrived to help, he was hit in the head by a visiting fan, after which the goalkeeper suffered a mild concussion, a home player (Nikola Deglin) who wanted to get his goalkeeper out of the crowd, and he didn’t touch anyone (but the Koprivnica media state that he hit the goalkeeper of the guests, WHICH IS NOT TRUE), Mateo Kuzminski came across all this and ran wildly at Deglin, neither guilty nor guilty, and prepared an evening in the hospital and a scar. face) for life – said from Gornja Rijeka.

His act did not go unpunished, Gornja Rijeka sent a recording of the incident to the Koprivnica-Križevci County Football Association, whose disciplinary judge Kuzminski sentenced him to a six-month ban from not playing.

He also fined Mladost 500 kuna for the fans entering the field and participating in the fight, and the host will have to pay the same amount for poor organization.

By the way, Mladost is the leading team of the Second ŽNL with an eight-point advantage behind the second-placed Prekodravac from Ždala.