A Barça second with just enough in Anoeta 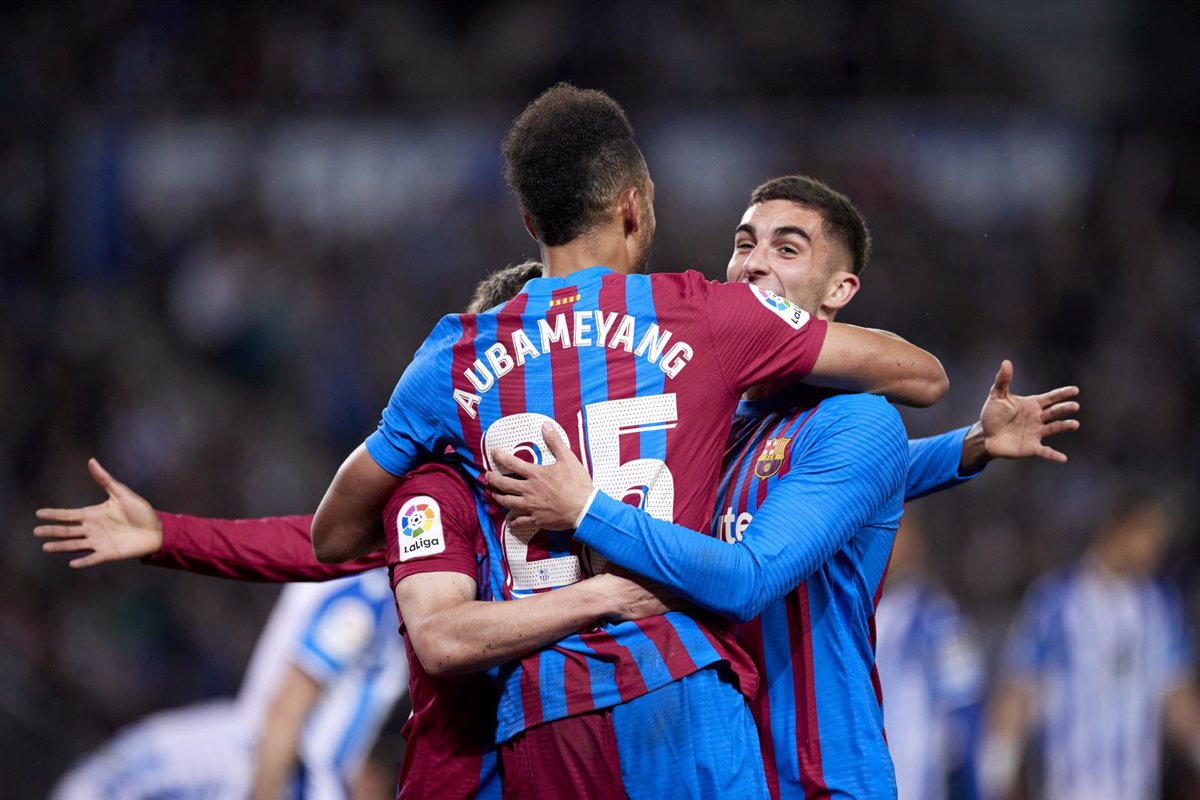 Barça got the three points (0-1) from their visit to the Reale Arena this Thursday, on matchday 33 of LaLiga Santander, against a Real Sociedad that deserved more but had no aim, to place second in the table, the top prize to which those of Xavi aspire.

The culé team put an end to a hard national and international fall. Last week he said goodbye to the second continental competition, the Europa League, against Eintracht at the Camp Nou and the fief culé witnessed the final collapse on Monday. Xavi Hernández’s men tie with Sevilla on 63 points, but one game less, for Atlético’s 61 and Betis’ 57. La Real, once again lacking a goal in their good game, is sixth with 56.

The defeat against Cádiz gave way to Real Madrid’s title, with Barça forced to lick the wounds of a blank season. With the ‘Top 4’ still open, second place becomes a “real” objective for Xavi, and Barça barely fulfilled it, with a goal after 10 minutes by Aubameyang, defense and many injuries.

La Real was not lucid in the first half, handcuffed by a line of up to six behind the Catalans, to come out at speed with Ferran, Gavi and Aubameyang. Between the three, after a ball hit Dembélé’s post, the Gabonese’s goal came. Isak spared the locals, but the Basque team did not approach the rival goal in danger.

However, Ter Stegen became the protagonist in the second act, with a Barça without gasoline, with Piqué dragging his doubtful physical condition for many minutes. Pending the proper name for those leaks with Luis Rubiales, president of the RFEF, it was Araujo who requested the change after an action with Sorloth.

The Norwegian had it very clear in just two minutes after the restart and Real went on to generate what they had not achieved until then, almost with ease. While Xavi’s pieces were falling off, Alba also seemed touched and Dani Alves asked for the change, Real came to the fore with Januzaj’s runs and crosses.

The ‘txuri-urdin’ team lacked a shot and success, against a saving Ter Stegen. Imanol Alguacil’s men lengthened their siege during a clearly visiting second half, although Gavi forgave a pass behind Ferran at the penalty spot. Barça showed up to survive without a long possession to give peace of mind, but Real, not even in 10 minutes of extra time, found the net.