Nokian KrP rises to the finals with a tough finish: “This was the sweetest goal of my career” 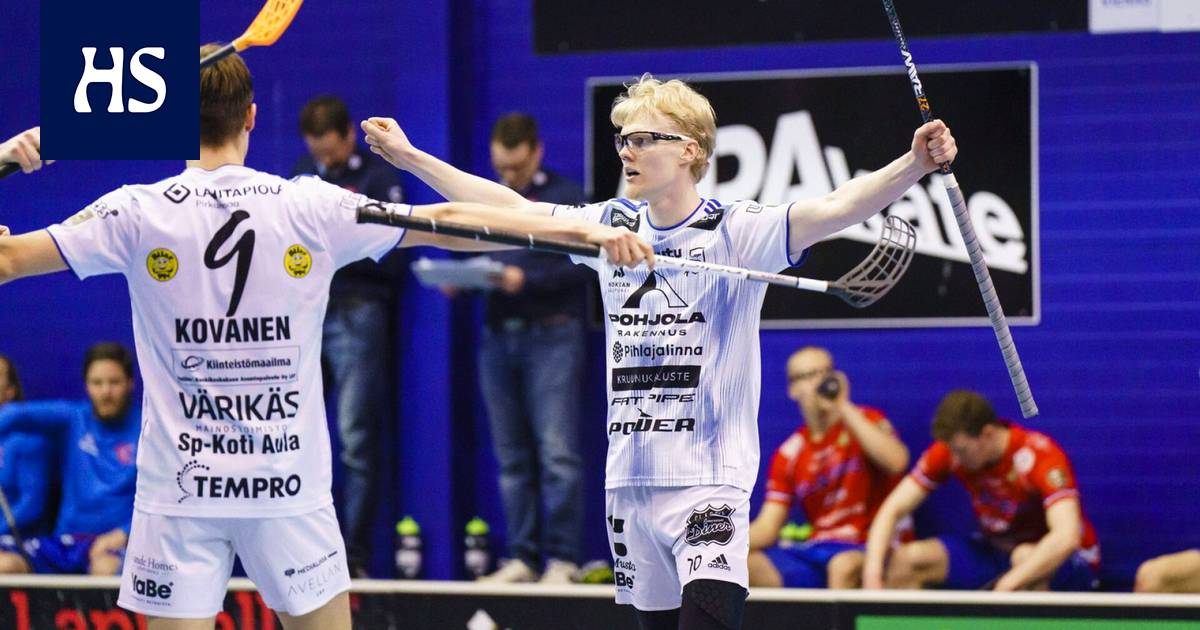 In the third round, KrP played a soaring Kirin, culminating in the most powerful league player of all time Henri Johansson finish just half a minute before the end.

“This was the sweetest goal of my career,” said Johansson, who finished more than 700 times in the league.

Classic went 2-0 Janne Lamminen and Nico Salon with paints, but Valtteri Viitakoski launched Krin Kirin right at the beginning of the final round.

Sami Johansson even the magnificent third goal of the Classic did not cut the backbone of the Nokia team playing in the first finals of club history.

KrP rose to levels Joonatan Kovasen and Joona Rantalan with paints, and in the end Henri Johansson blew up a 777-headed auditorium.

“The first couple of batches were ours, and in the end maybe a little bit of focus escaped. It wouldn’t get better in these games to run away, that’s when bad things usually happen. The last 10 minutes lost 0-3, and it rarely wins, ”the Classic coach Vesa-Matti Virtanen summasi.

Classic head coach Samu Kuitunen was missing from behind the team bench. The reason for the absence was not clear.

Head coach at Nokia KrP Jarmo Härmä praised the team for growing mentally, which was evident on Friday.

“We were in a strong emotional state, took unnecessary coolers and disagreed with the judges. During the second break, we talked about what to focus on, and the guys caught on well, ”Härmä said.

“It was a tough time to win from behind two goals in the third set.”

The players praised the racing atmosphere that was at the Rahola Sports Center. KrP will take the fourth and possibly sixth match to Nokia’s ice rink.

“There was a good rumble in the auditorium, there was good pressure and that’s how it should be. There was also a suitable shout on the field, which is relevant, ”described Classic captain Janne Lamminen.

The final series will continue on Sunday in Classic’s home hall in Lempäälä. Four victories are required for the Finnish championship.