Flag of Afghanistan and a lot of Italy, at the start of the Paralympics 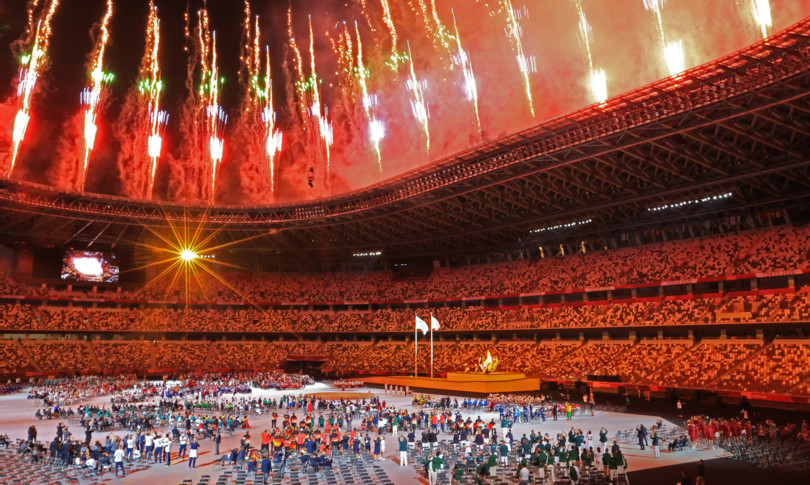 The emperor of Japan Naruhito has declared open in Tokyo the XVI edition of the Paralympic Games. In an Olympic stadium with only 800 in the stands among VIPs, officials and journalists due to anti-Covid restrictions, the Japanese ruler pronounced the ritual formula wearing a white surgical mask. The 162 delegations animated the evening with their enthusiasm, even if only 3,400 athletes and technicians were able to enter the track.

The homage to Afghanistan

In addition to the pandemic, which had postponed the Tokyo 2020 Olympics, which ended just two weeks ago, by a year, the other stone guest of the ceremony was the tragedy of Afghanistan. The standard-bearer of the first delegation to parade in the Olympic stadium, that of refugees, was in fact Mohammad Abbas Kharimi, an Afghan swimming parathlete from Kabul. The black, red and green flag of Afghanistan then appeared as the fifth delegation, carried by a volunteer but without athletes behind, to represent the plight of the Asian country plunged into chaos after the withdrawal of US troops and the entry of the Taliban in Kabul. The only two athletes who should represent Afghanistan at the Paralympics, Hossain Rasouli for the discus throw and Zaira Khudadadi for taekwondo, have managed to leave Kabul but are in Australia due to bureaucratic problems.

Italy marched for 14th, with the two flag-bearers, the fencer Bebe Vio and the swimmer Federico Morlacchi, leading a record blue delegation with 115 athletes, including 63 women. “It was beautiful, super exciting”, said the 24-year-old from Veneto, “at a certain point the flag even got stuck, so it took us almost two hours to wave it correctly”.

The inaugural ceremony, entitled “We have wings” and with the stadium as the backdrop for the take-off of a single-winged plane, opened with fireworks and ended with a musical piece performed by a group of musicians with various disabilities to greet the entrance of the Paralympic flag.
The competitions will last until 5 September with the participation of 4,400 athletes who will compete for 540 medals in 22 sports. Among the most anticipated athletes are German long jumper Markus Rehm, nicknamed “Blade Jumper”, who set a world record, and Japanese tennis legend Shingo Kunieda. The prediction of many is that China will continue its gold medal dominance by staying at the top of the medal table, as it has done in every Paralympics from Athens 2004 onwards. But Japan is hoping its record-breaking team of 254 will finish on the medal table.

Concern for Covid remains strong, with an athlete who tested positive in the Paralympic Village and was taken to an isolation facility. The fears are highlighted by the absence of New Zealand athletes and the fact that Brazil has brought just four athletes.
The contagion situation in Japan worsened in the weeks following the Olympics opening ceremony, with the country registering more than 25,000 infections per day in the past week. The Japanese outbreak is relatively less severe than in other countries, with around 15,500 deaths so far, but only 40% of the population is fully vaccinated. Insufficient number to contain the Delta variant which is spreading rapidly.