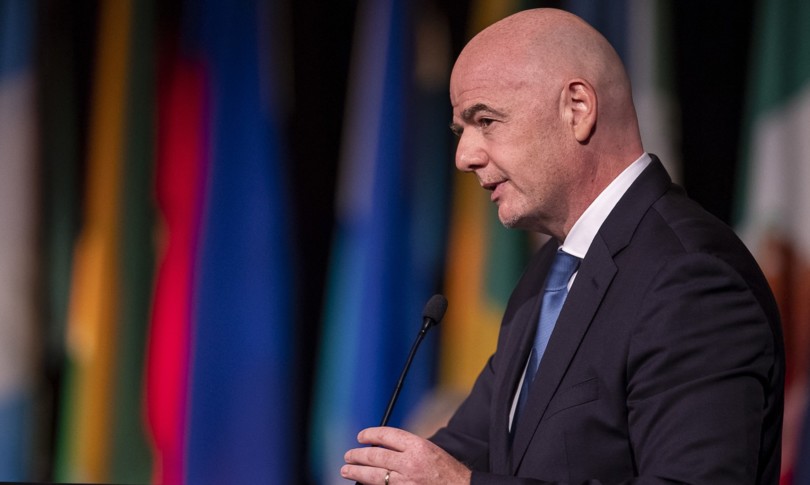 ` – The restrictions for Covid risk blowing up the campaign for qualifying for the World Cup in Qatar: because of this the president of FIFA, Gianni Infantino, has launched an appeal to Great Britain with a letter in which he asked the premier, Boris Johnson, to exempt from quarantine the players of the Premier League returning from commitments with the national team in countries at risk. “This is a matter of the utmost urgency and importance,” he warned.

The great rejection of England and Spain

The clubs of England and Spain have already made it known that they will not let their players leave for the nations that are considered on the red list for the danger of infection. Fifa is trying to avoid a tug-of-war from which it could come out as a loser with the risk of altering the regularity of the World Cup qualifiers scheduled in Qatar from 22 November to 18 December 2022.

The trips to South America

In the crosshairs there are mainly trips to South America, still in the midst of the Covid emergency. The situation was aggravated by FIFA’s decision to extend the international window of Conmebol (the South American confederation) by two days, from nine to eleven, in September and October, with the possibility of playing three games at a time and not two.
“I proposed an approach similar to that adopted for the final phase of the European football championships”, explained Infantino, alluding to the exemptions for foreign VIPs who were able to attend matches at Wembley without having to undergo isolation. “We have faced big problems together in the past and we must continue to do so in the future”, wrote the 51-year-old Swiss manager, alluding to the Covid emergency but also to the Super League issue. “I am asking for a proof of solidarity from every member of the association, every league, every league and every club, to do what is fair and equitable for world football.”

“Many of the best footballers play in the leagues in England and Spain,” Infantino emphasized, “and we believe these countries also share the responsibility to preserve and protect the sporting integrity of competitions around the world.” The FIFA president appealed to the “necessary support” for an exemption from quarantine to ensure that the players “are not deprived of the opportunity to represent their country in World Cup qualifiers, one of the highest honors for a professional footballer”. “Together we have shown solidarity in the fight against Covid-19”, he concluded, “now I ask everyone to ensure the departure of the national team players for the upcoming World Cup qualifiers”.

The reasons of the English clubs

Under UK government rules, foreign national team players may miss several league games due to the 10-day quarantine imposed on returning players from risky countries. The Premier League has made it known that it came “reluctantly but unanimously” to the decision not to let its players leave, explaining that after “long negotiations” with the Football Association and the government to find a solution “no derogation “.

The detonator of the case was the announced refusal of Liverpool to release Momo Salah to Egypt for the qualifying matches for the 2022 World Cup. Premier League and Liga immediately lined up alongside the clubs that have decided not to give their players at the national teams.
“La Liga will support in all areas the decision of the Spanish clubs not to free the nationals for the convocations of Conmebol”, the Spanish league said, “and will take appropriate legal action against this decision which affects the integrity of the competition” .

“The quarantine on returning from these countries would not only affect the well-being and fitness of the players, but it would have a significant impact on the season, because the players could not play two Premier League rounds, one in European competitions and one in the European Cup. League “, denounced Richard Masters, CEO of the Premier.” This period, “he noted,” takes into account ten days of quarantine in the hotel on return but does not include the time it takes for the players to recover form. Premier clubs have always supported their players’ desire to represent their countries. However, we came, reluctantly but rightly, to the conclusion that it would be completely unreasonable to release players in these new circumstances. “