With his victory in Portimao, Sergio Garca Dols reclaims the Moto3 lead 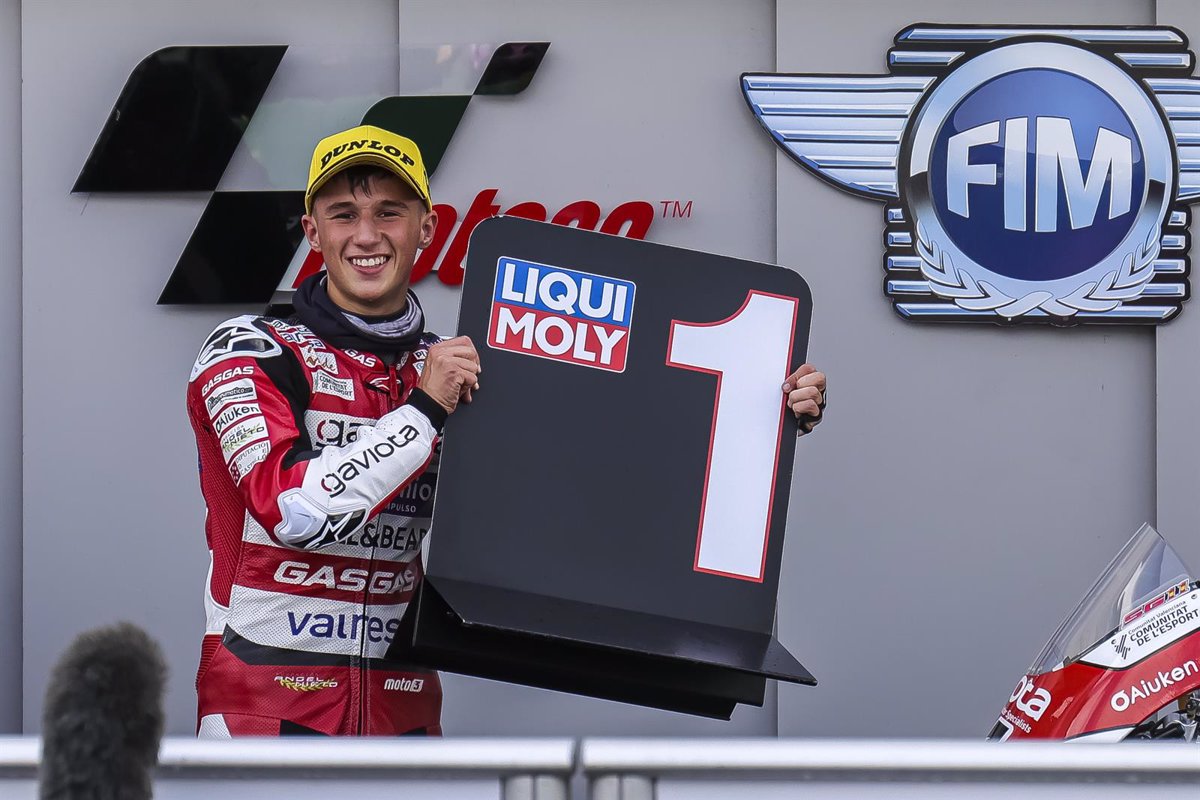 Masià makes the podium and is currently in third place in the championship.

Sergio Garca Dols (GasGas) won the Moto3 race at the Portuguese Grand Prix, the fifth round of the Motorcycle World Championship, on Sunday, crossing the finish line ahead of his countrymen Jaume Masià (KTM), regaining the lead in the small category.

In an exciting final lap at the Autodromo Internacional do Algarve, the guy from Burriana calmed his nerves to keep his first place, fending off the dangers of the other members of the quintet vying for the ultimate triumph.

With this, he wins his second race of the year (after Argentina) and his sixth in the World Cup, allowing him to become the first rider to repeat victory this year and, more importantly, to reclaim the World Cup lead. He displaces Italian Dennis Foggia (Honda) from first place, who is now second by one point after finishing seventh, with 83 points.

Meanwhile, Jaume Masià (KTM) has gained three positions to third in the championship thanks to his second-place finish on Sunday, where he joined Japanese Ayumu Sasaki (Husqvarna) on the podium.

Izan Guevara (GasGas) and Jaume Masià (KTM), who started ninth and fifteenth, respectively, mounted two outstanding comebacks to remove the Castellón native from the favored position near the equator.

His teammate was the first to challenge the lead, and Algemes soon joined a fight that included ncü and the Japanese Ayumu Sasaki (Husqvarna), completing the quintet that contested the victory in the last laps. However, the Castellón rider held on in a tight closing lap to win his second race of the season.