Basketball player Chris Paul and the Phoenix Suns: But now! 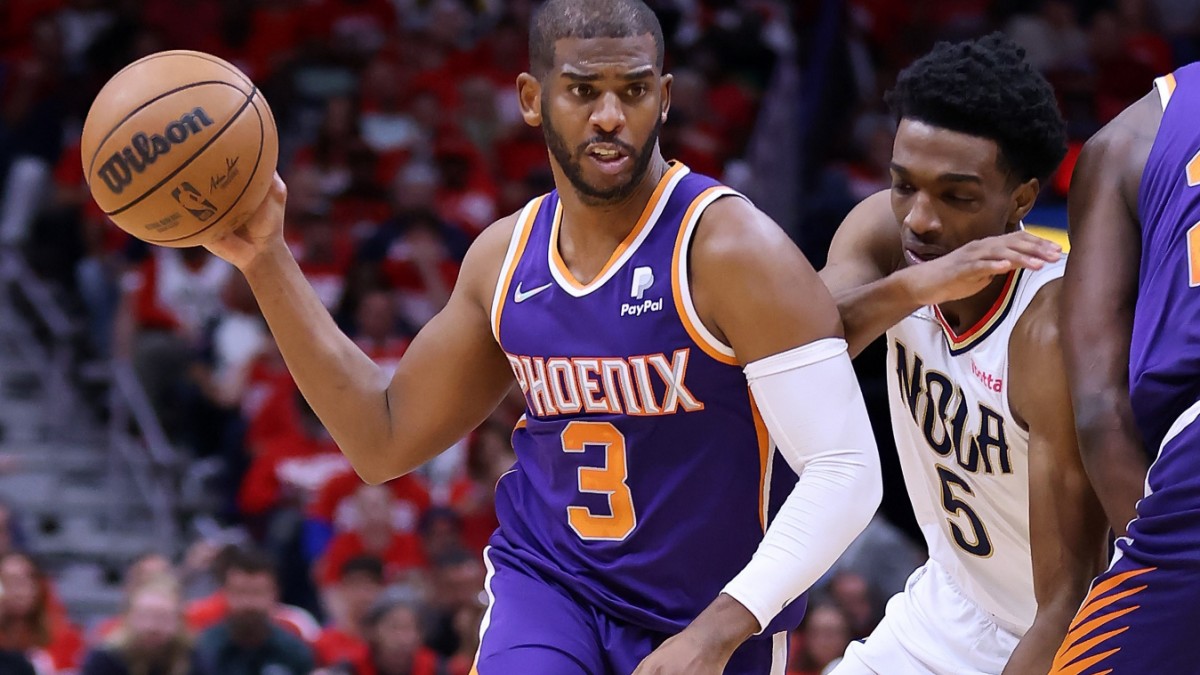 And there it was, that moment when Chris Paul took charge of this game – both figuratively and literally. Every time his Phoenix Suns attacked, he would be handed the ball in awe by the crap players, and what happens with every legend in the history of basketball, you know exactly what they’re going to do, you already have it often seen or experienced as an opponent – but you can’t prevent it.

Here’s how it works: Paul, 36, waits for a teammate to block, he dribbles around him to the free-throw line, and then he makes a decision. He either throws himself or lays it down to a colleague, under the basket or beyond the three-point line. It’s really as simple as it sounds, but Paul is too smart with decisions, too precise with passes and throws. He took control of that game against the New Orleans Pelicans, the Suns came within five points after three of his passes in the final quarter – but then Paul gave it all back: he lost three possessions and one unsportsmanlike foul; the Pelicans pulled away, winning 118-103 and equalizing 2-2 in the best-of-seven series.

The entire basketball world is puzzling over whether it’s really possible for the overwhelming title favorite to fail in the first round and for the red thread that has shaped Paul’s career to be extended: He’s one of the best players in NBA history, but he wins no title – and it rarely has anything to do with him. This time it’s an injury that hampers Paul’s road to the promised land, with Devin Booker likely to miss the rest of the first round with a hamstring injury. It’s again something he can’t control, and you don’t have to be a psychologist to understand what that does to someone who likes to be in control and take matters into their own hands.

His career in quick succession: The New Orleans Hornets (2005 – 11) were simply too bad with him. This was followed by the failed move to the Los Angeles Lakers because of a veto by the then NBA boss that the agreement between the clubs was unfair. In plain English: The Lakers would have been too good. It’s as if Fifa would prohibit a transfer from Neymar to Bayern Munich because then his chances of winning the title would be too high.

Paul came to LA anyway, thanks to him the Clippers became a candidate for the title, Paul was the conductor of a spectacle orchestra; Unforgettable is the moment in the dressing room after a playoff game when center DeAndre Jordan actually hit some free throws. Paul yelled at Jordan that statistic, and uttered a lie that usually gets a thunderbolt: “You free-throw machine.” Shortly thereafter they were eliminated, quite miserably because Jordan was de facto a free-throw miss machine, and the correct question would have been: Aren’t players like Jordan or Blake Griffin overrated? But the question was: is Paul too strict with these people who want to be petted?

In 2017 Paul came to the Houston Rockets: Participation in the semi-finals, injury in the fifth game (it was 2-2), elimination again. He joined the Suns via Oklahoma City in 2020, and despite the Covid suspension during the playoffs, he led the team to the finals series. Phoenix led 2-0 before Booker injured his thigh and then Paul’s wrist. Both played on, but Phoenix lost 2-4; Paul became the first player in NBA history to lose four playoff series after leading 2-0. Yes, it’s all so tragic now. Something always came up.

“I’ve made peace with that. A few years ago, that question would have turned my stomach while it was being asked,” he said recently when asked to explain why he hasn’t won a title in 17 professional years – and the door is now slowly closing: “Of course I’ll work my ass off for winning the title.”

It was often said that Paul didn’t have the right teammates; if he did have them, it was said that he couldn’t carry them because he was too dogged and expected too much. It was different with Booker because he wanted the mentor-protégé relationship – because Paul, because of his oversight, lets others shine as long as they, there’s no other way to put it: bust their butts. “We’ve got to piece this thing together somehow,” Paul said. He knows that a win against the Pelicans will give him back what could be the crucial piece of the puzzle for the title (Booker). But he also knows that he now has to take control of all the games.