Sudtirol’s promotion to Serie B is a historic achievement 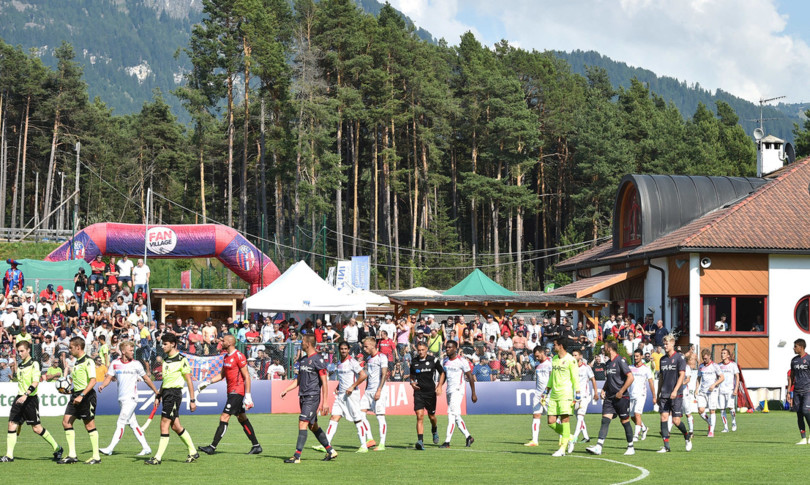 FC Sudtirol, a football club from South Tyrol, has achieved historic promotion to Serie B. Daniele Casiraghi scored a goal in the 41st and 64th minutes to lead the South Tyrolean red and white to a 2-0 victory over Triestina at the Nereo Rocco stadium.

The direct adversary, Padova, defeated in the event against Virtus Verona on the final day of Group A of Serie C, but was still cut off from first place by the triumph of the South Tyrolean red and white FCS.

This is a remarkable result for the football of Italy’s northernmost province: a South Tyrolean team, Bolzano Calcio, has not been promoted to Serie B since 1947.

The club’s long run began on May 4, 2000, with FCS’s maiden promotion to the then-Serie C2 championship, and continued in 2010 with the club’s elevation to the Lega Pro First Division, the third national series.

This year, Bari and Modena progressed straight to the cadet series from C. “”The victory in a hard-fought C championship displays a tremendous holding power,” Francesco Ghirelli, president of the Lega Pro, congratulated Sudtirol, “was marked by a sporting encounter of outstanding level, both technically and agonistically.” This is undeniable merit that should be attributed to you. Allow me to remind you of Padua’s value and excellence, as well as its magnificent championship “..

“A magnificent day for the world of South Tyrolean sport and football at the end of a really brilliant season,” said Arno Kompatscher, President of the Province and South Tyrolean councilor for sport.

“FCS is deserving of this achievement,” he continued, “a clear illustration of how programming, sacrifices, and hard work, both on and off the field, usually lead to excellent outcomes.”

Ivan Javori, a Croatian, led Sudtirol to promotion after taking over at the start of the season from former Inter Primavera coach Stefano Vecchi, who transferred to Feralpisal.

In front of goalkeeper Giacomo Poluzzi, the red and white (with only two foreigners, French defender Kevin Vinetot and Ghanaian midfielder Shaka Mawuli) are defensively solid. Hans Huber, an architect, is the president, and Joseph Insam is the director.

Bolzano has a population of half a million people who speak three languages (Italian, German, and Ladin), but they only had one sporting’religion’ until now: skiing and winter sports, with hockey taking the lead.

Even if the language separates the fans, there is now football: the Italian component opposes the decision made in 2016, with the alteration of the corporate logo, to remove the dual nomenclature that provided for Alto Adige and Sudtirol, which has also resulted in a drop in stadium attendance.

The squad plays in the Druso stadium in Bolzano, which has a capacity of over 5,000 seats and is the only one in South Tyrol that has been licensed for professional matches, according to the Municipality. Use the magnificent sports complex in Appiano, which is set in the heart of a forest and has two natural grass fields, to train.

The moniker “Alto” refers to the Bolzano club and its autonomous province. It began as a department of the Milland sports club in Bressanone in 1974, and was refounded in 1995 by a group of Bolzano industrialists to become the first regional football excellence.

Following promotion to the Amateur Championship (current Serie D), the Alto was promoted to Serie C2 in 1999-00, under the direction of coach Giuseppe Sannino and with goals from striker Joachim De Gasperi.

After many appearances in C1, he was promoted to the third level for the first time in the club’s history in May 2010. Sudtirol had reached the Serie B playoffs six times since then, but had always fallen short in the final stages.