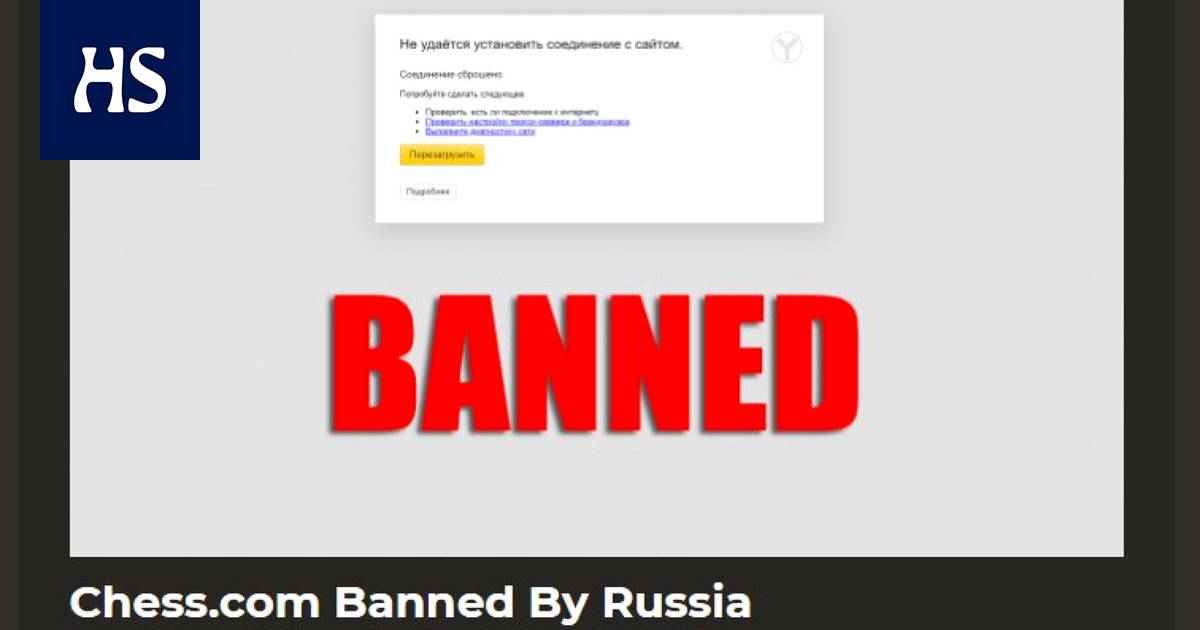 Chess.com also reports on its website about Russia’s invasion of Ukraine.

According to Chess.com, Roscomnadzor was to close the “On The Invasion of Ukraine” and “Ukrainian Chess Players In Times Of War” sections of the chess site, but because chess.com uses a secure https connection, Roscomnadzor could not close the subpages alone. That is why it shut down the whole of chess.com in Russia.

These sub-sites report on the Russian invasion of Ukraine and the situation of Ukrainian chess players during the war.

Completely Russia has not been able to block access to chess.com’s services, as the application on the site still works. In addition, a vpn connection can bypass web censorship.

Chess.com announces that it will not stop reporting on Russia’s hostilities on its site.

“We reaffirm our strong condemnation of the Russian government’s war of aggression against Ukraine and will continue to publish related content,” the site said in a statement.

Chess.com was founded by Erik Allebest and Jarom Severson in 2007. Headquartered in California, USA. It is estimated that more than ten million chess games are played on the site every day.