Boston Celtics in the NBA Playoffs: The Hottest Number in the League 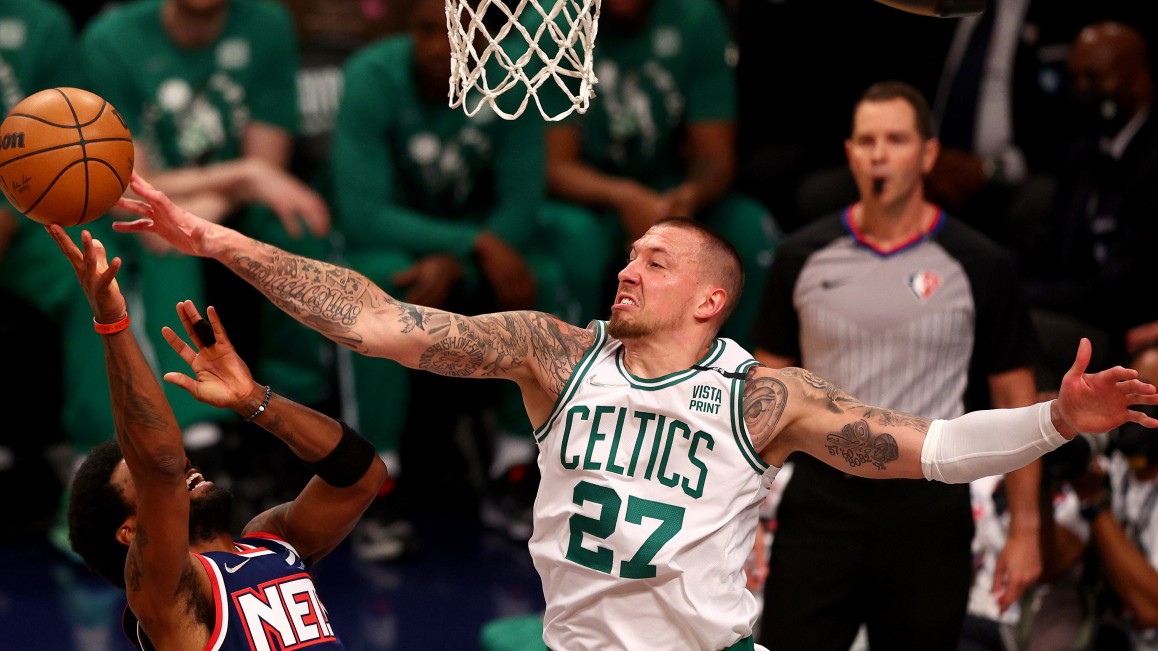 This time the praise came from the highest authority, the opponent’s best man himself. Kevin Durant had fought back as best he could, he had finally found his hand and given the Boston Celtics 39 points. But what are such numbers worth when it ends up being 112:116 from his point of view? Durant and his Brooklyn Nets are out of the NBA playoffs, a so-called sweep in round one – 4-0 just out of the title race. “They are an incredible team,” Durant told Boston.

A unit, that’s what these Celtics around the German national player Daniel Theis really are. There may be more talented teams in the tingling and knockout stages of US basketball, the walking spectacle of the Golden State Warriors or the Phoenix Suns, who garnered the most wins by a wide margin in regulation time. But after this opening statement against Brooklyn’s supposed super squad around Durant and the notorious anti-vaccination opponent Kyrie Irving, Boston is the hottest number in the league.

The decision in game number four dragged on, again a thriller developed, which the Celtics decided for themselves mainly thanks to a quality: They play skillfully together, almost every player is a basket threat. And above all, the team sees itself as a functioning defensive collective. In addition to Theis, who contributed six points and eight rebounds this time, winger Marcus Smart in particular is considered to be the leader of the counterattack. The 28-year-old recently received the honor of being the best defender in the NBA and this time was “just everywhere” in the last few minutes, according to the newspaper Boston Globe stated.

Free throws, balls plucked from the basket and saved when falling, three-point shots, a bit of everything made Smart the X-factor of this series alongside scoring machine Jayson Tatum (29 points). The team already proved at the end of the season what material Boston is made of. In the last game before the playoffs, the secret favorite Brooklyn could have been comfortably avoided with a bankruptcy. But the Celtics cleared Memphis at the time and, aware of their own strength, went into the duel against the Nets.

“We don’t have to avoid anyone,” explained Smart, “we knew what had to be done here.” Colleague Tatum, who was almost always on hand when things got tight, said a similar thing: “We knew who we were dealing with, how talented they were. Every game went back and forth and was very tough.” But they can do it hard in Boston, which hasn’t always been as glitzy as Los Angeles or New York. “They were simply bigger and stronger in every single position,” said Nets coach Steve Nash. That is likely to be reversed should the Celtics meet the extremely physical Milwaukee Bucks (they lead 3-1 against Chicago) in the quarterfinals.

The Dallas Mavericks are also in the lead, having confidently won game number five against the Utah Jazz last night. At 102:77, Luka Doncic proved with 33 points and 13 rebounds that he has finally overcome his calf injury. The German Maxi Kleber held back this time on the offensive, but again made his contribution as a biting defensive strategist.

If the Mavs also win in Salt Lake City on Thursday, they would have survived the first round of the playoffs for the first time since the championship with Dirk Nowitzki in 2011. “Nothing is done yet, we still have to win one,” said Doncic. So it’s still too early for praise.