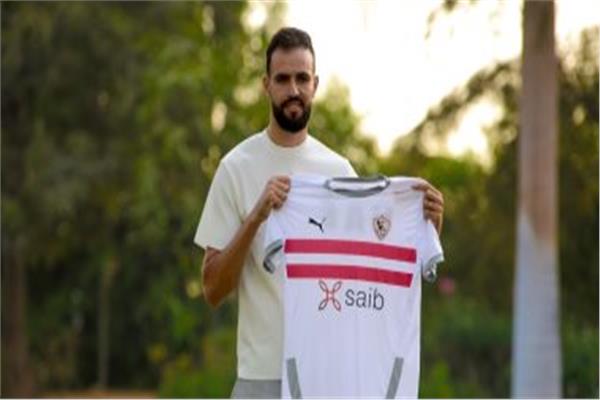 A source close to the Tunisian Hamdi Al-Naqaz, the right-back of the Zamalek team, confirmed that the player was late in paying 3 payments of the late financial dues to the White Club, after officials of the White Castle were unable to include the player in the team’s list at the beginning of the current season after signing contracts for the transfer of Al-Abyad in light of the issuance of a decision By preventing Zamalek from being registered for two periods of registration.

The source explained that there are attempts to reach friendly solutions between the player and club officials in the current period, so that Zamalek does not resort to the player’s complaint in the Sports Court.
It is worth noting that the right-back obtained a contract provider from the club at the beginning of the season after signing contracts for Al-Abyad at the beginning of the season, before a decision was issued to prevent Zamalek from being registered for two registration periods.

Al-Naqaz had agreed with the White Castle officials to schedule the amount in installments for a year, and he made a payment of it and was late in paying 3 payments.
At the beginning of the season, Al-Naqaz moved to Al-Ahly Club, Jeddah, before he recently terminated his contract and returned to Cairo.