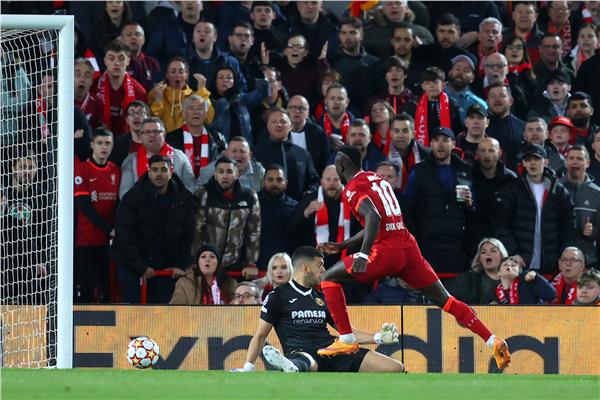 In the first leg of the Champions League semi-finals, Liverpool defeated Villarreal 2-0 at “Anfield” on Wednesday evening.

Mane also equaled Didier Drogba’s record of 14 goals in the Champions League playoffs, according to the “Opta” statistics network.

In the 53rd minute, Jordan Henderson scored for the Reds after a pass from Mohamed Salah to the English midfielder on the right side, who crossed it, but the ball touched defender Estopinan’s foot and changed its course to goalkeeper Jeronimo Rulli.

Sadio Mane doubled Liverpool’s advantage in the 55th minute, thanks to a fantastic cross from Mohamed Salah, who sent the Senegalese striker alone in goal and deposited the ball into goalkeeper Jeronimo Rulli’s net.

And Liverpool advanced to the Champions League final after easing his burden ahead of the return encounter on May 3 at Spain’s “La Ceramica” stadium.