The Reds and City to overtake the McPeace and Leeds tomorrow 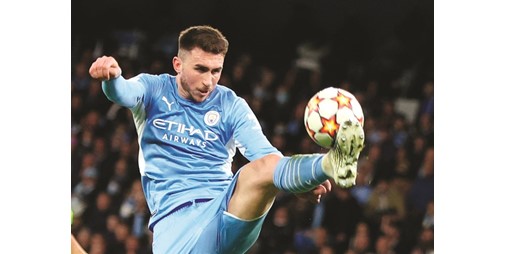 Tomorrow, Saturday, the 35th round of the English Premier League will start with 6 matches, where Newcastle will meet with Liverpool, Aston Villa with Norwich City, Southampton with Crystal Palace, Watford with Burnley, Wolverhampton with Brighton, and Leeds United with Man City.

The matches between the “Reds” with the “McPays” and “City” with Leeds attract the attention of English football fans tomorrow, especially in light of the fierce conflict between Liverpool, which is second with 79 points, and the current leader, Man City, with 80 points, and neither side wants to stumble. Both of them cling to the hope of winning the “Premier League” title for the current season.

The Reds’ task seems difficult against the brilliance of Newcastle recently, which won in its last four matches and received only one goal, which confirms the development of the “McPays” in recent times, after leaving the relegation centers and reaching the ninth place currently with 43 points.

For his part, “City” seeks to take advantage of the disparity in the level of its host, Leeds, in recent times, to add it to the list of its victims and maintain the lead. Leeds wants to escape the relegation struggle in light of the decline in its position, as it occupies 16th place with 34 points, 5 points behind the last positions leading to the first division.