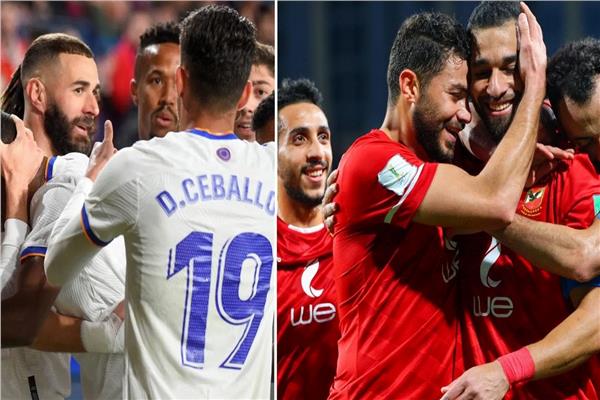 Real Madrid is the club with the most Champions League titles in Europe, the same in Africa with Al-Ahly Club, the continental leadership put the two giants in a burning competition.

According to a report published by Sky News Arabia, the Spanish royal team won the Champions League 13 times, the Red Genie won the African Champions League 10 times, and this season the two teams reached the semi-finals of the same tournament on both continents.

Al-Ahly club was crowned with the title of “the most winning continental title in the world” in 2014, after winning the African Confederation Cup, and wrested the title from Italian AC Milan.

A period of brilliance experienced by the Al-Ahly club’s castle on the island until 2020, coinciding with a prosperous period in the Spanish capital, to strip Real Madrid Al-Ahly of its title and become the most crowned in the world.

Real Madrid’s victory in three consecutive European Champions Leagues, the Super Cup and the Club World Cup, was enough to remove Al-Ahly from the top of the world’s most crowned titles.

Al-Ahly celebrated the title of the most crowned before the success of Real Madrid, and the celebration received wide echoes in the international media, especially Italy and Spain, due to the presence of Milan, Barcelona and Real Madrid in the competition.

Chance to come back

Ayman Gilberto, technical analyst at Al-Ahly channel, said in an interview with “Sky News Arabia” that the competition with Real Madrid has intensified after the two teams reached the semi-finals in the African and European Champions Leagues this season.

Ayman added: “All the Egyptian Al-Ahly fans who love Real Madrid have stopped encouraging the Spanish team so that it does not move away from the world’s most crowned title, and this negatively affects Al-Ahly.”

Real Madrid won 26 continental championships, compared to 24 for Al-Ahly Club, and the Egyptian giant aspires to follow Real Madrid, if it wins the African Champions League title this season, and Real Madrid fails to crown the European championship.

Ayman continued: “Al-Ahly needs to win the Champions League and then the African Super to equalize Real Madrid, but surpassing it by achieving the World Cup title within months will be very difficult. African clubs are still far from winning the World Cup.”

Ayman concluded: “The title of the most crowned continental title is an honorary title, but it has tremendous marketing value. The Italian AC Milan was making a lot of money with this slogan, through sponsors and marketing campaigns, which explains why Al-Ahly’s great desire to restore that slogan again.”

Ranking of the most successful clubs in the continental championships:

Al-Ahly outperforms Barcelona and Liverpool and complicates the Zamalek crisis