Real to decide the League title from the Espanyol gate tomorrow 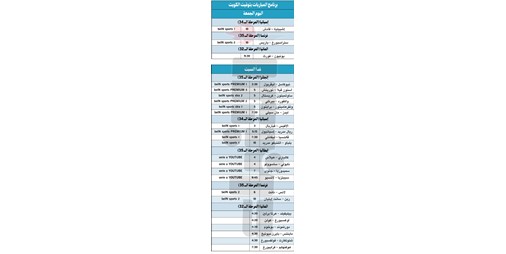 Real Madrid, the leader, stands on the threshold of winning the Spanish Football League (La Liga) four stages before the end, for the first time since 1990, if it succeeds in winning a point against its guest, Espanyol, tomorrow, Saturday, in the 34th stage.

The Royal Club is 15 points ahead of its pursuers and needs an orphan point to crown its 35th title in its history, as it can repeat the achievement of the 1989-1990 season when the conflict was resolved four stages before the end. The thirteenth-placed Espanyol is visiting the “Santiago Bernabeu” stadium, hoping to dampen the joy of Real, which is seeking to resolve matters locally, before its European due after four days at home again in the second leg of the semi-finals of the continental competition against Man City, England, after losing the first leg 3-4 and maintaining His hopes of a new “Remontada” to reach the final.

With many injuries and fatigue, the Italian Carlo Ancelotti is expected to rotate, but without underestimating Espanyol, who managed to beat them 2-1 in the eighth stage, but he is going through a difficult period, as he lost in three of the four matches he played this month against each From Real Sociedad and Raiko Vallecano with a score of 0-1 and Atlético Madrid 1-2, and he scored only two goals in this period.

Under the aura of his brilliant French striker Karim Benzema, the top scorer in the league (25 goals in 29 games) and the Champions League (14), and although Real Madrid lost its last two matches in the continental competition against Chelsea, the defending champion and runner-up Man City, the stripping of his neighbor Atlético’s arch-championship is only a matter of time.

On the other hand, Seville, third with 63 points, hopes to take an additional step towards finalizing the race for the runner-up with Barcelona, ​​the second, when it welcomes its neighbor Cadiz at the opening of the competitions on Friday.

Atlético Madrid, the defending champion and the last fourth-placed qualifier for the Champions League, seeks to preserve its gains when it hosts Athletic Bilbao eighth tomorrow. Deportivo Alaves also plays with Villarreal, and Valencia with Levante.