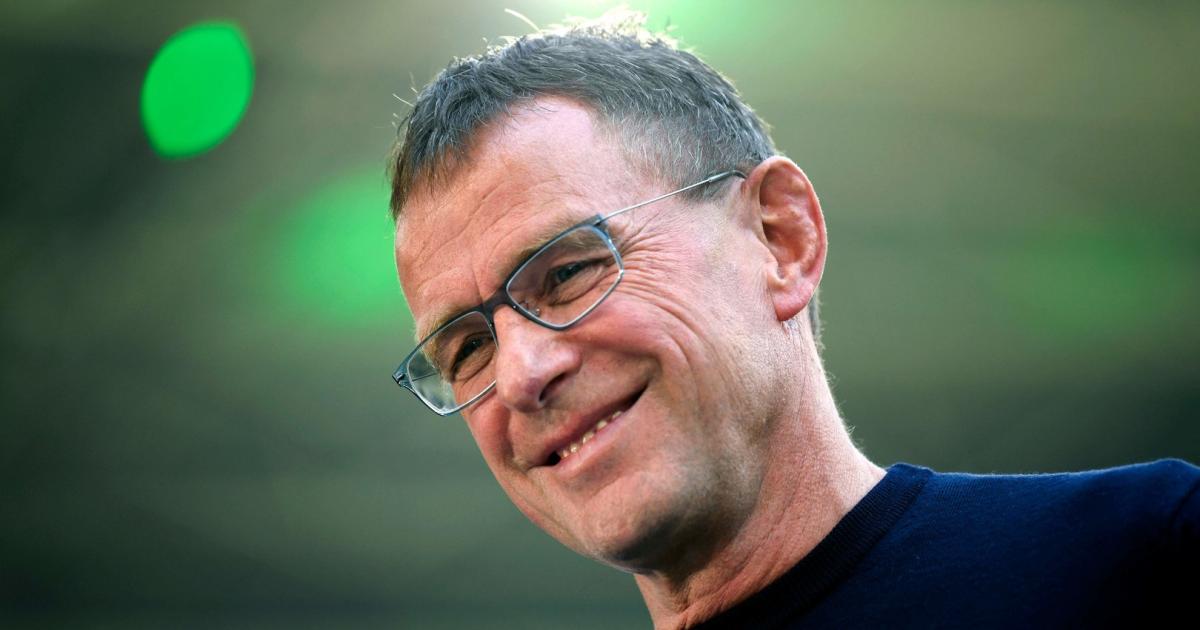 The German star coach stays for at least two years and comes as a great hope for a not so big price.

The Prater has been known for its Liliputbahn since 1928. The Austrian Football Association demonstrated on Friday that you can also set big points in Vienna’s amusement park.

Such is definitely the commitment of Ralf Rangnick, which was officially announced on Friday in the Hotel Marriott in the Prater, after the KURIER had already reported on April 6th about the prominent candidate and exclusively announced the agreement between the ÖFB and the star coach on Thursday.

Whether the ÖFB will be able to end the series of six missed world championships in four years is a thing of the future. In any case, the hope for this has grown many times over since Friday. Also with Bernhard Neuhold, the managing director of the ÖFB-Wirtschaftsbetriebe: “We have two difficult years behind us. Now there is hope for a spirit of optimism and that the status of football will also grow. A person with the charisma of Ralf Rangnick could be able to set positive impulses.”

High expectations? No problem for a man currently coaching one of the biggest clubs in the world. Ralf Rangnick is Manchester United coach for three more games before he invites his new team to the training ground in Bad Tatzmannsdorf for the first time at the end of May. What motivates the former coach of Stuttgart, Hoffenheim, Schalke and Leipzig to coach the ÖFB team? “It would be naïve to believe that the ÖFB could lure Rangnick with a financial treat,” says Neuhold. Rangnick is not more expensive than Marcel Koller was after his contract extension before the EM 2016. The Swiss is said to have earned around 1.5 million euros a year.

“Rangnick is convinced that he can be successful with this team,” says Peter Schöttel (more on page 15, note) and speaks of a compromise: The ÖFB has no problem with Rangnick doing his consulting work at Manchester United continues. In addition to his two salaries at the ÖFB and in England, he is also allowed to bring an individual sponsor with him.

The sports director of the ÖFB recently had to deliver bad news. For example to Peter Stöger, who had always been considered the favorite for the job and was rejected on Thursday – because Rangnick’s management got the message that the German would be available for the possibilities of the ÖFB.

Not a big idea

The ÖFB continues to deny that there was already contact around April 6th, when the KURIER reported on the candidate Rangnick. Have the gentlemen even been inspired by the KURIER report? “I had Rangnick in mind, but didn’t contact him from the start,” admitted Peter Schöttel.

Why didn’t the sports director think big? The suspicion that the German was Gerhard Milletich’s preferred candidate and that the president himself had thrown him into the running was not wanted to arise. “I accepted Peter Schöttel’s suggestion,” says the ÖFB President and at the same time does not shy away from praising him. “You did it in a very professional and structured way. Thank you for that,” said the Burgenlander publicly, rounding off a coherent picture that the ÖFB had not given in this form for a long time. There were certainly certain questions from the members of the executive committee, but no discussion, according to Milletich, about the decision-making process.

Is Rangnick indirectly able to calm the waves that arose after Milletich was elected the new president? In any case, the mission begins on June 3rd in Osijek against Croatia in the Nations League.