In Jerez, Guevara wins the Spanish triple, and Garca Dols establishes himself as the Moto3 leader 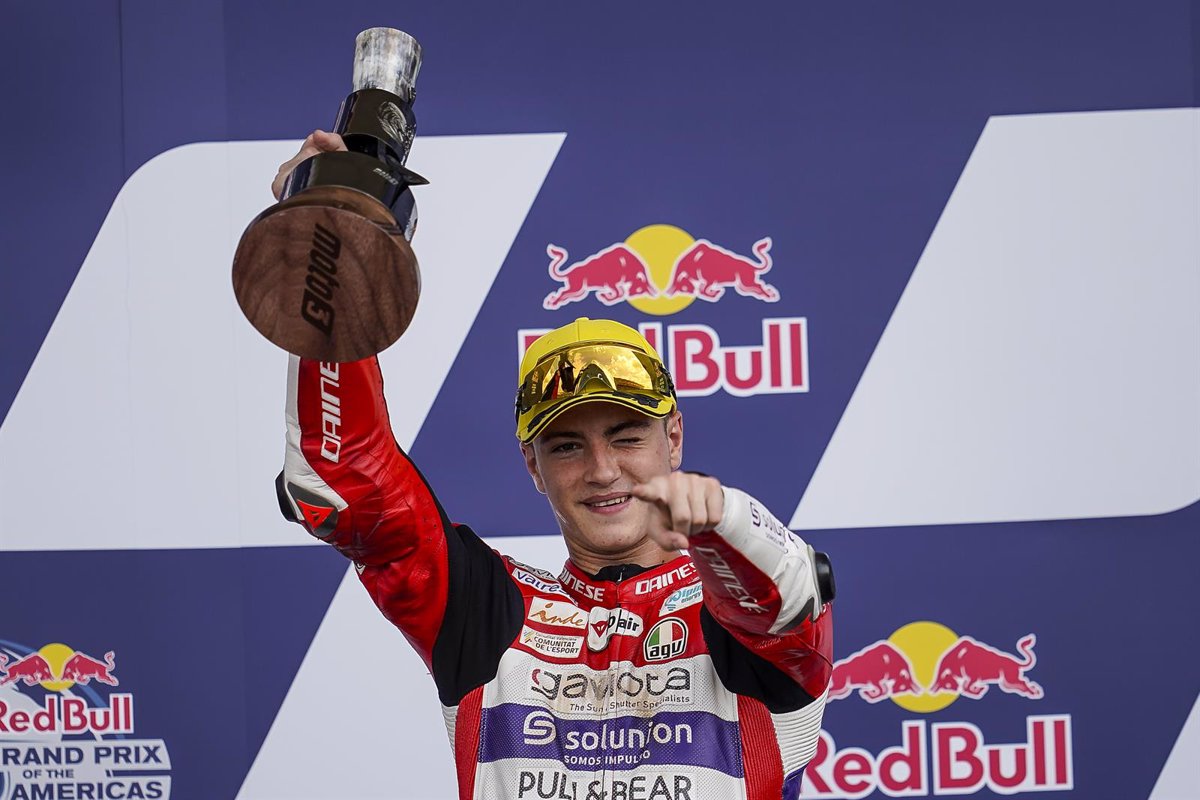 Masià and the Castellon local round up the podium.

Izan Guevara (GasGas) of Spain has won the Moto3 race of the Spanish Grand Prix, the sixth round of the Motorcycle World Championship, with a spectacular overtaking on the final lap that has allowed him to lead an entirely Spanish podium in Jerez alongside Sergio Garca Dols (GasGas), who is even further ahead in the championship, and Jaume Masià (GasGas) (KTM).

With the first Spanish triplet of the circuit, the Palma rider becomes the fifth different winner in six races, all after passing the race’s previous leader, Turkish Deniz ncü (KTM), in the final lap of the Jerez track.

Garca Dols, for his part, consolidates his overall lead in the World Championship with 103 points, 21 more than the Italian Dennis Foggia (Honda), who finished outside the points -eighth- on Sunday, 30 more than his teammate Guevara (73) and 33 more than Masià (70), who claimed his third consecutive podium.

The World Championship leader claimed the lead after overtaking his teammate and Saturday’s poleman in the opening few corners of an incident-free start at the Jerez-ngel Nieto Circuit. Before the dance of places began, Jaume Masià (KTM), who started third, joined them and took first place a few circuits later.

During the first stage, the Spanish trio and Brazilian Diogo Moreira (KTM) rode alone, but their slowdown allowed the group to expand to six and then to nine riders, with Xavi Artigas (CFMoto) in front.

Only six riders remained with choices till the end, with Masià, Garca Dols, Artigas, Guevara, Turkish Deniz ncü (KTM), and Japanese Ayumu Sasaki (Husqvarna) taking the lead. However, a ‘Spanish gale’ caught the Ottoman off guard in the final corner, knocking him down to fourth place.

Xavi Artigas (CFMoto) was fifth, Dani Holgado (KTM) was ninth, Iván Ortolá (KTM) was thirteenth, Gerard Riu Male (KTM) was twentieth, and Ana Carrasco (KTM) was twenty-third for the rest of the Spanish. Carlos Tatay (CFMoto) and Adrián Fernández (KTM) both failed to complete the race.