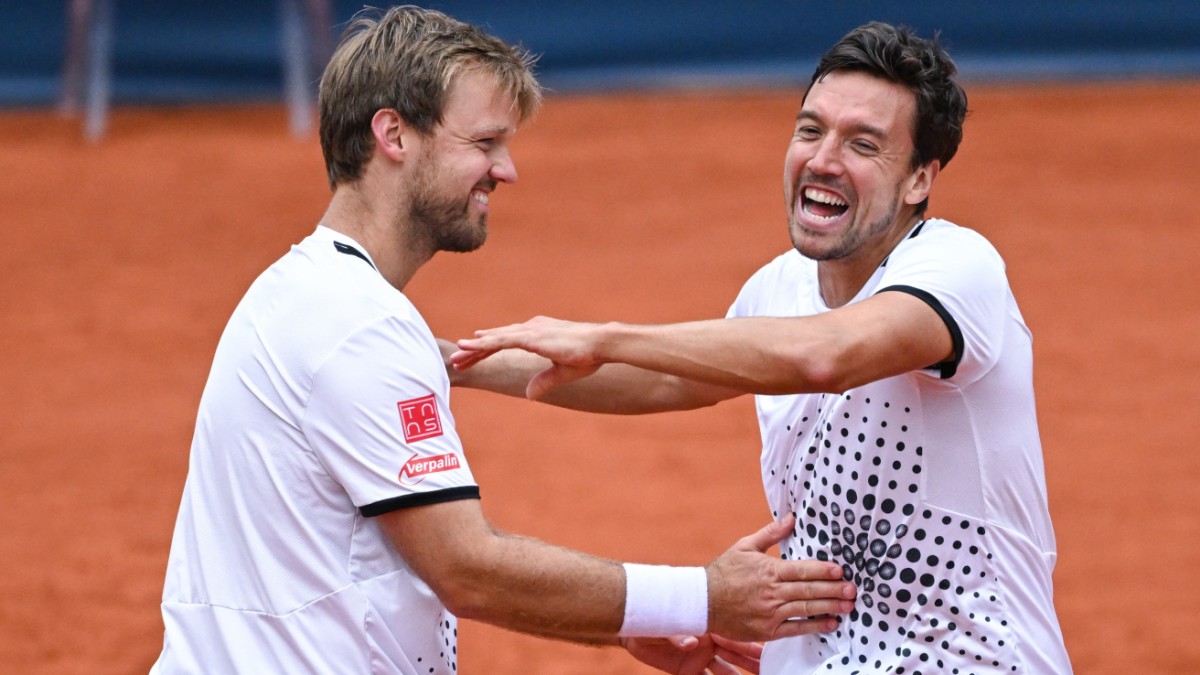 Ralf Exel, the famed BMW Open stadium announcer, stood in front of the MTTC Iphitos clubhouse shortly before 11 a.m. and reported a minor delay over the microphone. It was still pouring outside. Then he was apprehended. Andreas Mies, 31, was the first to arrive and requested permission to speak. “We’re in shape, and we’re going to get started,” Mies added. Kevin Krawietz, 30, then appeared and exclaimed, “We are overjoyed!” Krawietz and Mies marched onto the center court shortly after that. That was a usual number of the two for just announcing oneself. This team is not only Germany’s most successful, but they’ve also won the French Open twice. Mies and Krawietz are two such guys who exude happiness. Their news conferences generally provide more fun than primetime television shows. They had it right at the start of the week when they earned the Iphitos Award, which the club gives out once a year as a great PR gimmick to tournament stars.

Nonetheless, they are still largely serious tennis professionals; they won the ATP tournament in Barcelona a week ago, which was a notable achievement; “the last one in Paris was a while ago,” Mies recalled. That happened in October of 2020. He was already having knee troubles at the time, which necessitated an operation and a lengthy layoff. He returned to the court with Krawietz earlier this season after competing in a few tournaments with other partners. They were able to synchronize well enough to reach the third round of the Australian Open, but they had a more difficult time after that.

Andreas Mies then discusses the catering.

Mies contracted the corona virus and was “very ill for six weeks” despite vaccination, he stated in Munich. Mentally, Krawietz battled as well. After a long 2021 season, the Coburg player had kept playing without a hitch, but he was mentally exhausted. While Mies competed in a challenger in Phoenix, he took a break. Mies said that the win in Barcelona relieved him of a “great burden.”

In Munich, things got even better. In front of their family and many friends in the audience, they easily advanced to the final and defeated the Brazilian Rafael Matos and the Spaniard David Vega Hernandez 4: 6, 6: 4, 10: 7 (champions tiebreak). After winning their fifth tour title, the two gave what was likely the longest victory speech in tennis history, with Mies even volunteering in the catering department at the end. They’d probably still be down there talking if it hadn’t been for the singles final. Mies is from Cologne, and that’s all you need to know about him.

The individual tournament was won by Holger Rune of Denmark, but the 19-year-old profited from an unexpected resignation by his final opponent, Botic van de Zandschulp. The Dutchman, who qualified for the US Open as a qualifier last fall, was forced to leave the field at 4: 3 due to chest symptoms. After 15 minutes, he returned and gave up after four points. It was later announced that the world number 40 circuit will be stable once more.

So at a happy award ceremony, Rune was allowed to sneak into a pair of leather pants and then let model Lena Gercke drive her around in a sports car twice in a circle. Rune is still without a driver’s license. With a giggle, he vowed that he would do it “next week.” Rune is now in the top 50 after defeating Alexander Zverev 6-3, 6-2 in the second round. With the exception of the even better Spaniard Carlos Alcaraz, 18, no other adolescent in men’s tennis is climbing as quickly as he is.

MMP, which is now a completely owned part of the Pro Sieben Sat 1 media group, has finally declared a new record. “We were sold out six out of nine days, which is unprecedented,” Christian Okon, general director of the Cologne agency, said. Despite a gloomy day on Tuesday, a total of 41,600 people attended the event. It’s possible that the weather will be as unpredictable next year, as the ATP Tour is overhauling its tournament calendar, and the Munich event could possibly be moved earlier. In the coming months, a decision will most likely be made.