Second consecutive Serie A victory for Roma, Napoli and Milan 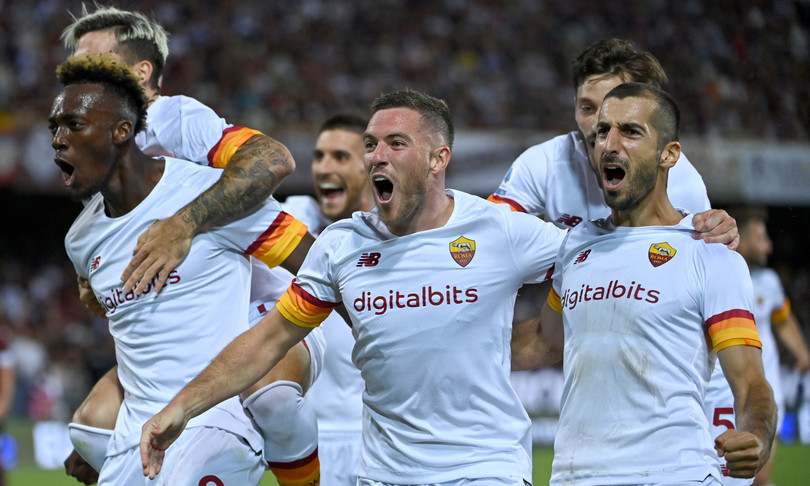 They win and convince Rome and Milan, Napoli rejoices suffering. For the teams of Mourinho and Pioli a poker of goals and many confirmations for the game expressed against Campania and Sardinians (in great difficulty). A sprint success for Spalletti’s band thanks to Petagna’s goal.

A painful victory for Napoli

Napoli took their second league win by overcoming Genoa 2-1 away. The griffins, on the other hand, collect the second defeat in a row after the poker suffered by Inter on their debut. A suffered success for Spalletti’s team who thanks his reserve ram Andrea Petagna, who entered from the bench and author of the decisive goal 5 minutes from the triple whistle.

The game was unlocked in the 39th minute thanks to a shot from outside the box by the Spaniard Fabian Ruiz while the home side’s momentary equalizer was achieved by Cambiaso in the 69th minute.

Sampdoria and Sassuolo, divided up for grabs

No goals in the match between Sassuolo and Sampdoria valid for the second day of Serie A. A 0-0 which, however, amused the fans present at the Mapei Stadium who witnessed a lively match full of opportunities. The main protagonists are the two goalkeepers, Consiglio and Audero, capable of neutralizing the opportunities created during the 90 minutes of play.

Sassuolo recriminates a little more who, to use a boxing metaphor, could have won “on points” given the opportunities wasted by Djuricic, Boga, Caputo and Raspadori. The Ligurians relied above all on the two outsiders Candreva and Verre, who put the Emilian rearguard in more difficulty than the more popular Quagliarella and Daamsgard.

Sassuolo thus rises to 4 points in the standings after their debut victory against Verona, while for the Sampdoria it is the first point ever after the home defeat against Milan.

45 minutes were enough for Milan to overtake Cagliari and win their second Serie A victory, after their debut with Sampdoria. In fact, at the break, Stefano Pioli’s men were already ahead 4-1 (later the final result) thanks to goals from Tonali, Rafael Leao and a brace from Giroud, the second from a penalty kick. For the former Brescia midfielder and the French striker, these are the first official goals with the Rossoneri shirt.

The Sardinians, who had already shown evident gaps in the 2-2 home match against Spezia, remained in the game until Deiola’s momentary draw, which lasted very little, and then succumbed to the gusts of the opposing strikers.

Milan, even without two pillars like Handanovic and Kessie, thus proves to be able to aspire to the top positions of this championship while waiting for the first direct clash, the one with Lazio, scheduled after the break for the national teams. Cagliari, on the other hand, is expecting news from the market after Simeone’s departure and the 6 goals conceded in just two Serie A matches.

The wall erected by Salernitana all’Arechi against Mourinho’s Rome lasts a fraction of the game. After the 0-0 in the first half, in fact, the Giallorossi overwhelmed the Campania region scoring four goals in just over half an hour. The brace of Lorenzo Pellegrini, increasingly captain of this Rome, opens and closes, with goals from Veretout and Abraham in the middle. For the striker from Chelsea this is the first Italian joy.

Castori’s Salernitana has shown that she can keep the field in Serie A, as happened last week at Bologna, but she concedes too much on the defensive phase. After the break there will be the trip to Turin against the grenades, an opportunity to try to win the first points of this Serie A.

Roma confirmed instead to go through an excellent state of form: two victories, with seven goals scored and just one conceded, in the league and the passage of the round in the Conference League against Trabzonspor. After the ‘national’ parenthesis, the ambitious Sassuolo will arrive at the Olimpico, a new test to see if the Giallorossi team, under the guidance of the Portuguese coach, can cultivate high-ranking ambitions.